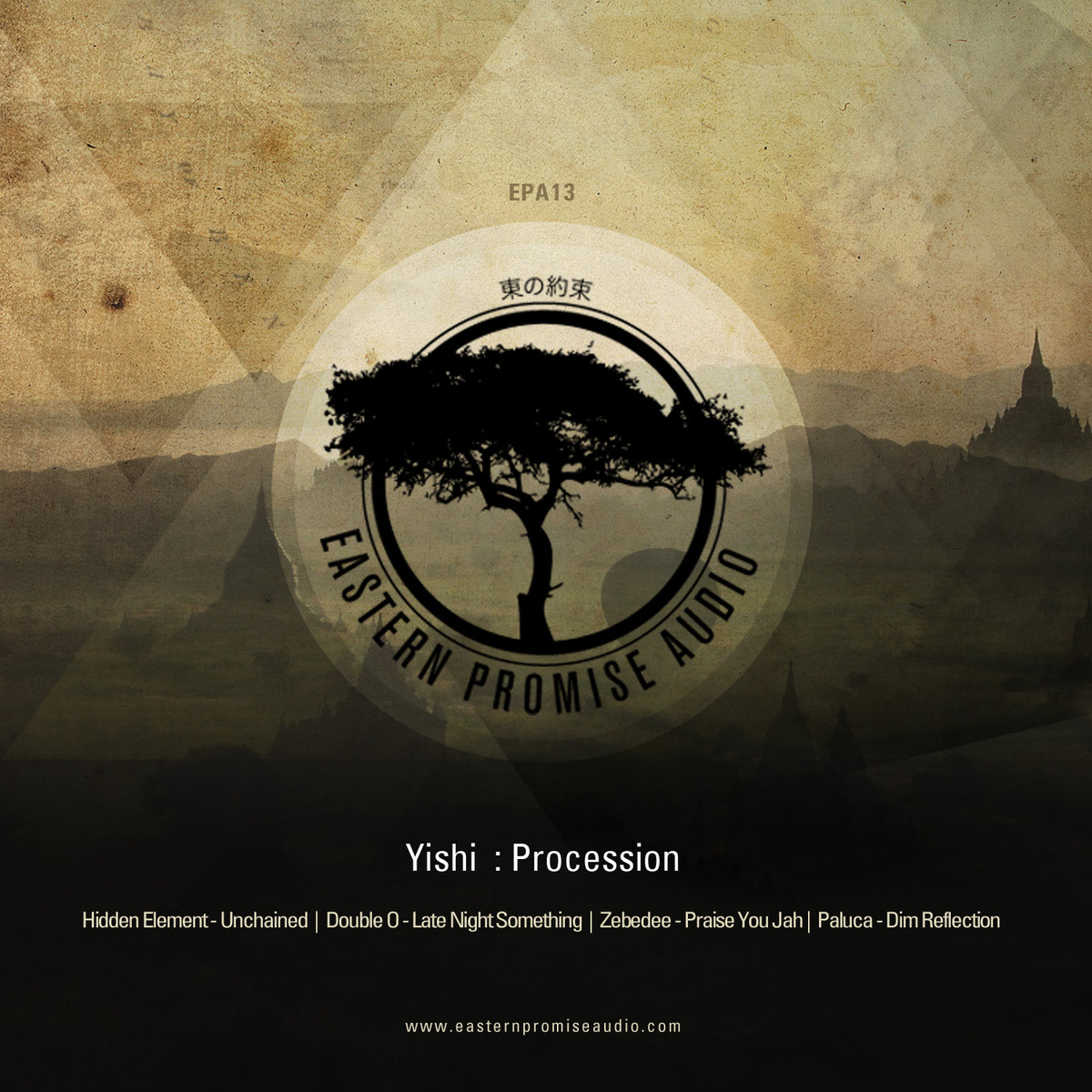 https://soundcloud.com/eastern-promise-audio%2Fyishi-procession
The thirteenth release of Eastern Promise Audio is much too comprehensive to be associated with its unlucky catalogue number, a confidence which is further accelerated by releasing it on Friday the 13th (really). Instead, it is a trilogy which first part shows both old and new artists display amazing drum ‘n bass artistry under EPA’s trademark sound. For its first part, new heads Hidden Element, Zebedee, and Paluca signed up, plus label’s renegade Double O.

So what is Yishi? Its title is shrouded in mystery, but all that can be said for now is that it is the label’s first series showcasing a whole new batch of newly discovered artists to be associated with the label, plus old artists producing material to completely fit these particular series. This first part, an EP called Procession, is therefore the first ritual in the trilogy which brings Yishi to a place of belonging. The EP’s tracks therefore accompany this procession.

The first part opens up with a track of Hidden Element which is a start of a procession on its own. Unchained is indeed a track which is continually building to a climax which is created by combining ambient landscapes and jazzed up sounds, which creates a vibe of both tension and spirituality; contradictive but true indeed. It is all about suspense, and once the drop is a fact, you will be immersed in what Yishi tends to be all about; wonder and the subliminal. Tightly crafted jungle breaks ooze over the deep soundscape which was just created, and the track even then keeps on developing itself, making the journey not for one second the same.

Our much respected long time artist Double O takes over second, and brings with Late Night Something what he does best: create dark, truly urban canvasses of mysterious sounds and combine these with his unsurpassed skill of crafting jungle breaks. Once again with a melodic rasta touch added to its color (making the track slightly reminiscent of his earlier EPA work ‘Stop Dem Jah’), Double O creates an energetic dancefloor stepper which at the same time holds the mystery and unease that the Yishi series want to create.

New to the area is Zebedee, whose first entry on the EPA label and entry for Yishi continues in the recently initiated rasta vibes of Double O. Beautiful pads and soothing brass are accompanied by the MC’s sounds preparing you for another jungle stepper where raw amens and dub sirens keep you moving while the spiritual sounds continue the earlier vibe. As ‘Unchained’, the track keeps on progressing to new stages all the time, and is aiming at perpetuating the sublime and immediate nature which is central to Yishi.

Procession concludes with another new artist under the label, which is Paluca. This man is certainly not new to today’s drum and bass scene, and was therefore recognized as the right man for the last track. As if the procession ends in stormy weather after the previous soothing sounds, Dim Reflection still echoes the rasta vibe of ‘Late Night Something’, but gives a more creepy edge where heavily reverberated stabs create a haunting atmosphere of grey and bleak visions. Its merciless jungle breaks and meticulous groove keeps the energy rolling at its peak, ending the procession in a minor but heavy mood.

Where the next part of Yishi will pick up is thus yet unknown, but will be known not too far away in the future. Keep your eyes peeled!

Eastern Promise Audio EPA13 is now for sale on Bandcamp