The album is varied, accessible, interesting, exciting & genre-busting. It’s still Drum & Bass, & works in clubs, but is far more than just a collection of disposable, short-lived dub dancefloor tracks. Lots of vocals, wide-ranging styles, pioneering approaches to production, mainstream appeal, but still underground, raw & refreshing. The influence of modern Electro, commercial Dance & Trance is noticeable throughout, but is interpreted in a way that moulds perfectly with the power and energy of Drum & Bass to define revolutionary new directions. The title & visual concept of “in:transit” reflect John B’s DJ touring lifestyle of the last few years, the music is its soundtrack. Tracks have been selected and refined based on feedback from the clubs all over the world and are John B’s most impressive works to date.

(See www.john-b.com/livedates for details of all past DJ appearances Internationally.)

A. Take Me Home (feat. Stareyes)
B. Vampire Eyes

A. Midnight Air
B. Amnesia

JOHN B - BIOGRAPHY
If you haven’t come across John B in one of his many musical guises over the past decade, where have you been? Classically trained at a young age, this British superproducer has gone on to become one of the most eclectic and unique individuals working within electronic music today. Consistently escaping categorization, John’s genre-defying catalogue spans the worlds of Electro, Trance and Drum & Bass, and a few other spaces across the bpm spectrum.

John’s career began in illustrious style as the one and only Goldie picked up on this mild-mannered, blonde-locked science graduate and his distinctive drum and bass beat constructions, and he was signed to the legendary Metalheadz label. Tracks such as the euphoric “Up All Night” have become instant classics in the canon of drum and bass, and repeatedly smashed dancefloors worldwide. John B quickly became a headlining name on flyers across the globe, and his touring schedule has been non-stop ever since. Establishing his own stable of labels (Beta Recordings, Tangent, Chihuahua and Nu_Electro) to reflect his diverse tastes from liquid funk to Latin, provided the perfect platform for John’s groundbreaking sonic experimentation to develop.

From his studio and label HQ in Maidenhead, UK, John has since made major waves within the wider world of dance music. Having picked up on John’s early forays into trance production, Perfecto label boss and DJ superstar Paul Oakenfold commissioned tracks which ended up alongside the likes of Madonna and Justin Timberlake on the epic “Great Wall” compilation. John has also long worn his love of 80s electronica on his sleeve, way before the fashionistas jumped on the bandwagon, and he has been busy signing hot new electro-influenced tracks for his most recent label venture, Nu Electro. There is also rumoured to be a John B reworking of Toni Basil’s classic “Hey Mickey” in the pipeline.

Still just the tender age of 26, is there is much more to come from Mr B. Next up, godfather of soul James Brown’s new tracks are due for the John B remix treatment, a real surprise for even this musical chameleon. He’s also been busy Remixing Howard Jones, Heaven 17, and S’Express. True to form, it doesn’t seem as if things will be becoming predictable any time soon…

WHAT THE FUCK IS JUICE???

John B is gangsta'. Nice tunes

Defo picking this joint up ASAP

5 Times in 1 Night is still the mans best work, & I'll be snapping this album up.
M

so...
mighty fine album an all, but, one question :
there was a tune floating round beggining of the year. It was defo john B, pretty heavy drop, and some voice at the start, goin summit loike <<the future is gonna ....>>
tink it was called "The Future", and it was supposed to be in the album..anyone know wot im on bout ??

sayber said:
5 Times in 1 Night is still the mans best work, & I'll be snapping this album up.
Click to expand...

one of his absolute killers I agree

phat album indeed, be picking this up for sure
N

Very good album indeed
not really liking the guitar riffs on Mercury Skies though, I loved the simpler version rotating on dub
anyway the whole thing is quality

Picked it up last week. Definately the shizzle Mr B. Now just hurry up and get Emily on wax!!!

Play with their boobies
C

looking good. And he's a beut!!! they better have lots of pics on the covers hehehe!

Cara said:
looking good. And he's a beut!!! they better have lots of pics on the covers hehehe! 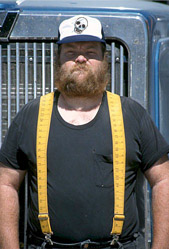 yeah...
heavy album.
been long time coming tho. good to see the electrofreek is back on the release mood!!!

beleive me this is going to be huge
M

dont ignore me, it makes me a saaaaad panda

wots up with this...

GorDo said:
so...
mighty fine album an all, but, one question :
there was a tune floating round beggining of the year. It was defo john B, pretty heavy drop, and some voice at the start, goin summit loike <<the future is gonna ....>>
tink it was called "The Future", and it was supposed to be in the album..anyone know wot im on bout ??
Click to expand...

is there an interational album tour with this one???
would be good to see himin nz again, he aparently didn't have a good tour last time but

and it would be good to see him soon

don't forget you can check out all the info about the album at www.intransit-johnb.com and buy on our websotre direct at www.beta-store.com

don't forget you can check out all the info about the album at www.intransit-johnb.com and buy on our websotre direct at www.beta-store.com

got my copy a while ago & what a great album. full of heavy tracks. not sure about track A tho-not my style. but i love every track & i reckon i'll be throwing tracks from this album in2 my mixes for quite a while to come. lovin the trance influences & dark side beats with great little switches throughout all the tracks.
big up john b!
Share:
Reddit Pinterest Tumblr WhatsApp Email Share Link
Top Bottom