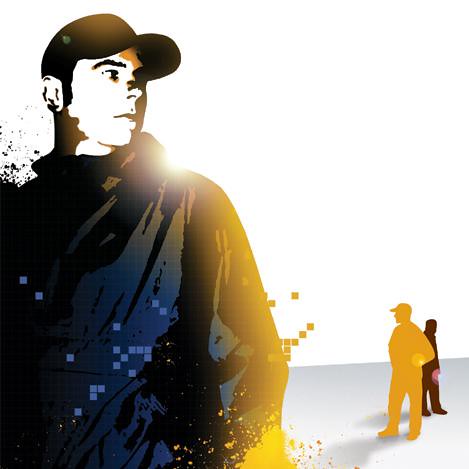 Originally aired January 7, 2009, the 14th installment in the Greenroom 'Spotlight' mix series features one of electronic music's most dynamic and prolific artists: ASC. Massive thanks to him for letting me raid his extensive catalogue and mix his tracks, and also shouts to all the labels involved, listeners and fans of his futuristic soundscapes. I hope you enjoy.......

Very few artists can lay claim to the amount of diversity ASC shows. Although his forte is primarily drum & bass, ASC has never restricted his music to one particular style or genre.

Growing up in Wolverhampton, London, and Bradford England, UK, James absorbed a wide variety of music and took his first steps into production and DJing at the age of 15. By 16 he had secured weekly shows on local pirate radio stations, and began to sequence music with a friend using the Atari ST and the Commodore Amiga tracker packages. Soon enough he started playing small venues and later invested in a modest studio setup with his then studio partner Future Link. As the duo toiled away in the lab, building their production acumen and preparing to record demos, they were hit by a stroke of impossibly bad luck. While backing up the pair's progress with a ZIP drive, a virus unexpectedly wiped out the hard drive of their PC and all their music was lost. After a short break, James decided to go solo.

Bouncing back quickly from the crippling hard-drive mishap, James put together a 7 track demo in 1999, for Nu Directions and revered label; Good Looking Records. The former label picked up 6 ASC tracks right away, and the latter picked up the remaining track, which was rinsed for a lengthy spell by the legendary LTJ Bukem. With a firm basis now established and material beginning to get signed to a number of international labels, it was only a matter of time before Nu Directions decided to release ASC's debut LP. Paying homage to the massively influential group Future Sound of London, James decided to name his debut album Environments ; a reference to FSOL's unreleased and long lost album by the same name. In fact, FSOL were so inspirational to James that he shortly created a new project, Intex Systems, in the tradition of that group's cutting edge musical experimentation.

Under the guise of Intex Systems, James set out to write electronic music with no genre classifications. Subsequent drum & bass experiments were signed to NYC label Offshore Recordings, and a full length LP entitled Research & Development was released in 2006 on James' own Covert Operations imprint. Intex Systems is set to showcase the diversity and extent of James' production skills and represents his forays into soundtrack design.

Recently adding the Mindspan name to his production arsenal, this has become a project for all things deep within the minimal techno field. Already gaining momentum with this guise, this indicates the wide array of ASC's production skills and once again showcases his diversity.

Mutual respect between DJs and producers has seen James working with and remixing for veteran and new talent like Deep Blue, Blame, Psidream, Resound, Subwave, Future Engineers, Pariah, Deepflow, and G-Force. With his sound reaching far and wide, James has toured as a DJ across England, Australia, USA, Estonia, Hungary, Germany, Switzerland, and Belgium. If all this weren't enough to keep one busy, James also runs his own imprint: Covert Operations.

For further info on ASC, visit:

As with all the other spotlights, this mix is archived on my page here:


More artist spotlights yet to come in 2009, stay tuned! 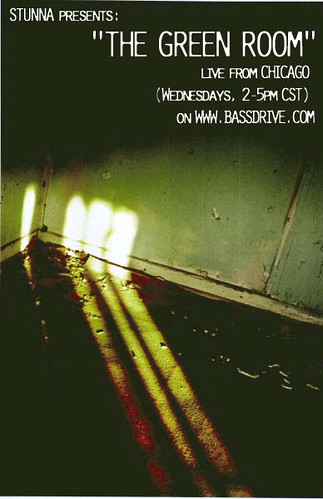 Be sure to tune in every week for:

IRC= irc.echo34.com server and connect to the #bassdrive channel.