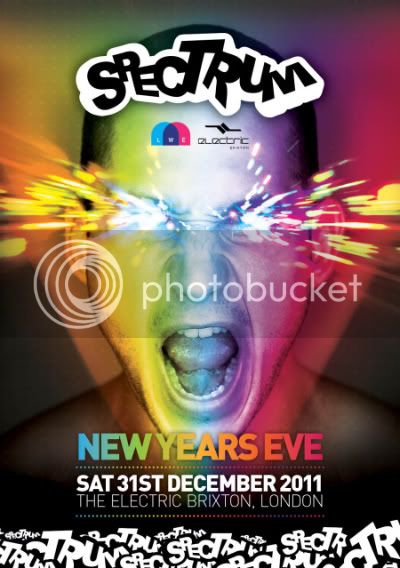 To finish off a year that has seen them become one of the underground powerhouses in the London club scene, Spectrum announces a high quality multi-genre line up that is bound to impress all who witness.

Delving deep into the sub-bass styles, Spectrum’s continue to blur the boundaries and set a standard for line-up programming that simply has no peers. This 31st December is no different to any other of the stunning events that have already graced the capital this year. Upon playing his first ever European set, Skrillex described the night as “life changing”, and the likes of Chase & Status, Nero, Pendulum, Ms Dynamite, Borgore, Stanton Warriors, The Japanese Popstars, Kissy Sell Out, Zane Lowe, DJ Zinc, Modestep, 16 Bit and many more would certainly attest to that fact.

For New Year’s Eve 2011,Joker returns to play at Spectrum. Bristol’s pioneering dubstep don, who’s recent debut album has been gaining a lot of interest headlines a diverse array of modern electronic music. Breakage’s year has been nothing short of spectacular, despite being around since the turn of the millennium it’s his top 40, A-list anthem Fighting Fire that really catapulting him into the limelight, 2012 is set to be even bigger.

Rinse FM star Roska makes his Spectrum debut alongside his partner in crime Jamie George who’ll be in microphone duties, whilst dubstep royalty Plastician also gives the bill that deeper dimension. For those who like things that little bit heavier two acts who are hotter than the sun right now take their place and guarantee that 2012 will start with some serious bass-bin action in Brixton. Sigma and Delta Heavy are two acts destined for even bigger things in the next 12 months after firmly establishing themselves as future stars of the bass music scene in 2011. 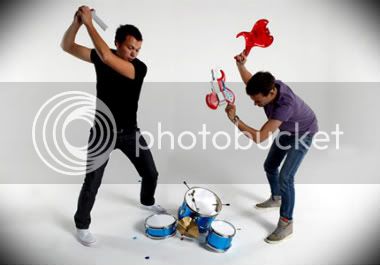 Delta Heavy was born the moment Ben Hall and Si James decided to pursue their ambition of mediocre fame, semi fortune and making loud music, in the hope of averting forty long years in an office. Despite a complete lack of production experience, three years of hard work paid off when their track Abort was released on Viper Recordings in mid 2010. Having been a regular on dance floors all year, it topped download charts and received support on Radio 1 from Zane Lowe and others.
Combining their love of cinematic soundscapes, house, techno and the 80s with the impact and punch of an unexpected blow to the face, Ram Records was an obvious outlet for their sound and they were signed over the summer

Here is a link to their new video...
http://www.youtube.com/watch?v=DbCYsEMg09o

Spectrum NYE rolls into town this Saturday. It is the first NYE event to take place at the Electric and it's the 1st time Spectrum will be celebrating NYE in London!

Last remaining £20 tickets and we expect these to sellout by end of tomorrow, full price tickets are £25.