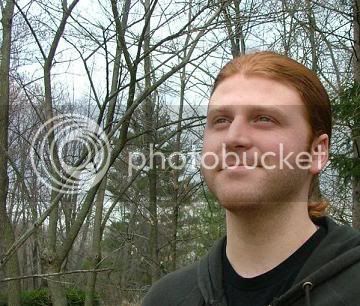 Random Movement began as two people, Jack Sheets (DJ Shapeshifter), and Mike Richards (Insert, later known as mjr). Mikes exposure to the drum & bass genre was solidified by Jack's wide variety of music, and Mikes ongoing study as a musician was pushed even further into the world of electronic music. Jack had been DJ'ing steadily for 7 years, becoming well-established in the mid-west United States. His skill, combined with Mikes musical as well as technical expertise in the IDM/Industrial/Jazz/Soul & Funk music genres seemed to form a perfect blend of production capabilities, as well as a deeply bonded friendship. After a few months of tweaking, the sound they were going for was beginning to gel, and their first demo cd eventually ended up in Dara's hands. Not even a week had passed before Breakbeat Science came knocking on their door, and the boys realized that they really had something going for them. Half a year later, after much turmoil in both their personal lives, "Stars in the Dark" was made, and quickly picked up by Rohan of Bassbin, along with several other tracks, and the ball really began rolling for the two of them.

Shortly after the songs had been picked up by Rohan, the relationship between Mike and Jack had begun to strain their friendship, and it was agreed that it would be best if Jack opted to leave the project. Mike was then left to take up the reigns of the project, which, on the creative/musical side, he had held the captains seat from the beginning. The music of Random Movement had become even more finely tuned, and singles were being picked up by labels such as Innerground, Creative Source, Liquid V, Bingo, Progress, Timeless, Zeropoint, and most recently Nu Directions. Collaborations between Mike and Focus (formerly of Basic Operations) have landed record deals with Bingo and Innerground as well. Mikes natural tendency has been to play out doing a live set, incorporating his near-25 years of musical experience into both a technical and uplifting soulful performance, jamming riffs on keys as well as sequencing his own material live. He has also managed to slide comfortably into the role as DJ, playing in various places across the states. His loose-swinging, deep and soulful vibes take most club goers onto his own personal journey of introspection and enlightenment, commanding music appreciators both new and old to turn their heads. Playing everything from classics to brand new gems, the Random Movement DJ set seems to touch all in the crowd thru out the night.

Mike is currently working on a number of releases with Innerground among many others being kept under raps for now. Random Movement Radio can be heard on Bassdrive.com every Wednesday from 5-8 CMT, and will offer a wide range of music mostly related to the Drum n' Bass genre, but don't be surprised if the program ventures out into other realms. Expect to hear new guest artists weekly as well as gear reviews, contests, recording tips, and other dialog that would interest a wider range of listeners. Random Movement collaborations will continue to hit a broader spectrum of artists such as Alix Perez, Redeyes, Atlantic Connection, Chino, and more musicians on the soulful tip. He is still sampling away from his vinyl collection, as well as writing new music daily, and hopes to have a whole host of new singles on various labels around the globe. 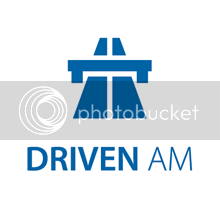 nice! opened up for random movement about a month ago at Black Hole Rock Club in Baltimore. I was very impressed by the sounds I heard, big big tunes :] massive respect
D

Location
The United States of Lies

Yo i had to bump this...Rummaging threw the Archs as you can seee. BIG UP RANDOM MOVEMENT..