Dan Gresham aka Nu:Tone came bursting onto the scene in 2001 with his debut vinyl release on John's Beta imprint - 'Grand Central' / 'The Boss'. Since signing to Hospital in 2003 has come through the ranks to become one of the most highly respected producers in the scene, with everyone from LTJ Bukem to Dillinja busting his tunes. Nu:Tone remixes are always guaranteed to please - whether it's the ...retro soul of his Spread Love anthem or the junglist wobble of his "Strictly Social" re-rub.

His debut album Brave Nu World dropped in 2005 with all of the Drum + Bass' hierarchy supporting it. DJs Norman Jay M.B.E and Tom Middleton also made Nu:Tone a favourite of their eclectic sets. Off the back of this success Nu:Tone has taken his DJ-ing all over the world, spreading Hospital love from the USA to Asia to Australia.

His stunning album Back Of Beyond dropped in June 2007 with critics hailing it "The perfect marriage of accelerated junglist funk and cooled-out 70s melody" (DJ Mag). Cuts from the album such as , Beliefs (with Pat Fulgoni) and System (featuring
Natalie Williams) saw particular success on UK dancefloors.

As the lynchpin of the Future Sound Of Cambridge, Dan was instrumental in getting Logistics, Commix and of course himself into the studio to produce the devastating full length Future Sound Of Cambridge 3 in 2008. In the same year, Nu:Tone submitted his ’Medical History’ in LP format. The album featured such hits as ‘Kitch ‘N’ Synch’, ‘Is It Alive’ and ‘Mrs Jones’ and the first digital appearance of ’07 hit ‘Missing Link VIP’.

Early in 2010, Dan’s anthemic 12” release ‘Hyper Hyper/Set Me Free’ set the world on fire, championed by Sub Focus and featured on the ‘Hospitality D+B 2010’. Throughout the rest of the year, Nu:Tone has also been big on the remix duties for New Zealand Shapeshifter’s ‘Long White Cloud’, Dekata Project ‘At Least We Can Dance’ and Unicorn Kid – ‘Wild Fire’. Alongside the collaborative project with his brother Logistics (Nu:Logic).

2011 sees the release of Dan's 3rd album on Hospital. The highly anticipated album Words + Pictures’ is Dan's most ambitious project yet. 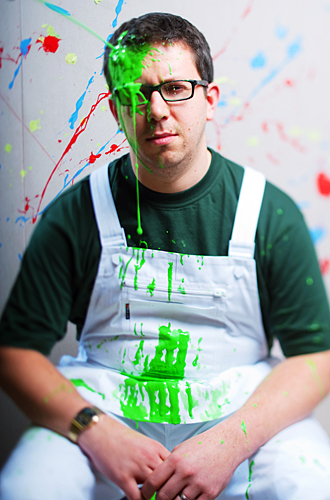