Just wanted to let you know what's going on in Czech & Slovak republics this summer.

what is name of this song?plz
i must know it rly
i'd be thankful

It's Encode & DaVIP - High Technology double dropped with Fresh - Cylon. Was not amused by this particular mix to be honest. Spor pulled out many better ones.
P

ohh thanks so much i love you

On topic: I'm really looking forward to the czech summer one. Lineup lived up to my expectations.
N

It was an amazing place, good vibes and such a good location, surrounded by lakes! Getting there was pretty hard, but eventually with a combination of trains and coaches we made it! Me and my mates camped less than 500m from the main arena, and for less than 15 quid for 2 nights of music, it was a bargain!

The only downside was running out of money after the first night and realising the nearest cashpoints were 20km away!

Would recommend this to any dnb fan who is travelling around Europe this summer, shame i missed out last year, I heard the plane cockpit setup was sick!

Hope i can catch it this year though, the line-up is heavvvvvvvvy!

Looking forward to the Viper stage at Let It Roll Slovakia! 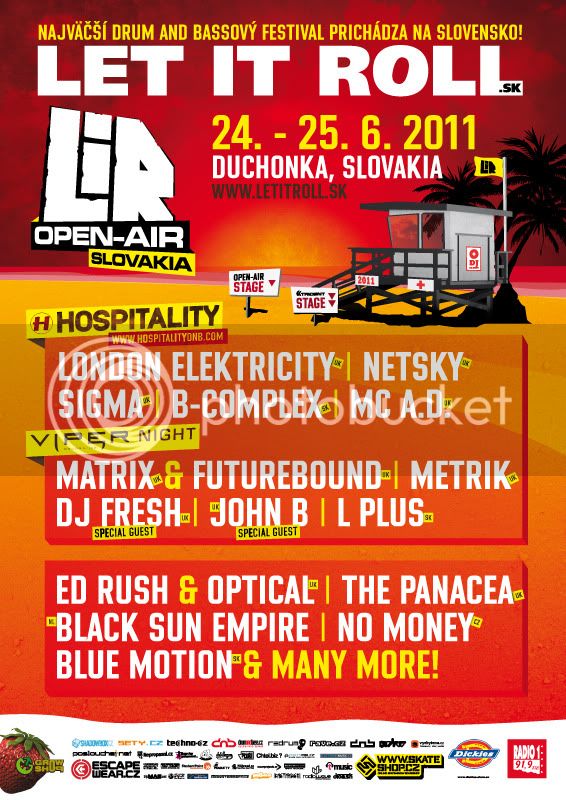