KJELL added to the Driven AM roster! 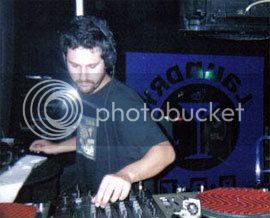 Raised in Richmond, VA now living in Brooklyn, Kjell (pronounced Chell) is a rising star as both a DJ and a producer in the international Drum and Bass scene. Being a classically trained musician primarily influenced by jazz, hip hop, classical, dub and RnB has helped him develop a very distinct sound. Kjell is a prolific producer always pushing boundaries and writing forward thinking melodic DnB.

Kjell has been involved with DnB since first hearing it back in 1994. He started producing and Djing alongside Will Miles as 'Style Control' in 1997 in the Richmond and DC area. Kjell's skills on the decks landed him a residency in Richmond with the NUCO crew that hosted the 'InfoTech' weekly lasting from 1999 – 2002. In the decade that Kjell has been Djing, he has shared the stage with some of the biggest names in DnB, including Klute, Sonic, Silver, Commix, AK1200, John B, Dara, Dieselboy, Saburuko, Raw Q and more in venues all over the East Coast.

His music has been supported by some of the biggest names in DnB including LTJ Bukem, Fabio, Flight, Digital, Loxy, Ink, Bailey, Random Movement, Lynx, Redeyes, Ashatack, Big Bud, and many more. His distinct style of DnB has landed him releases on a handful of quality labels. Some of his past releases include the 'Outclassed EP' released on Trackdonalds; the track "Healing Process" released on Santorin's 2002 EP; the "Poisonous EP" released on Digital Blues; and "Cloud Thirty/Unseen" on Colours Audio. Kjell's release "Dunnshine / Empty Wallets" on Fabio's label Creative Source in 2008 was reviewed in ATM magazine with the line "If you pick up one piece of musical drum and bass this month, make it this one." Dunnshine was also featured on Gilles Peterson's Worldwide Radio1 show.

Forthcoming tunes include "The Dynamic" on Timeless which was featured on Digital's "Phoenix Rising" CD as well as "Calmante / Wind Tunnel" forthcoming on Influence Recordings in early 2009. In addition 2009 will see the release of a few collaborations and remixes including "Centre Line" by Saburuko and Style Control forthcoming on Horizons and a remix of The Bamboos "Amen Brother" forthcoming on Tru Thoughts.