Hello! My name is Andei "Red Catz" Dzisko. I am a DJ, event promoter, and SoulRed Records label owner/founder from Minsk, the capital of Belarus. Electronic music came into my life in 1997 when I bought Prodigy "The Fat of the Land" on tape. I was honestly surprised. From that moment on I began to get really interested in electronic sounds, hearing lots of different styles. In early 2000, I gave myself to hard techno followed by minimal techno, and then breakbeat and finally downtempo. And then in 2005, I began playing drum & bass. To this day I play vinyl exclusively; I never felt the need to DJ with any other medium. Many friends call me "oldskulla" and insist that the new technology will not go away. I agree with them, but all I can do is just smile in return. Vinyl is what I love and believe in. As the saying goes: "Two turntables. One love".

From 2007 to 2009 I played on various internet radio stations and in January 2010 I happily became a member of the jungletrain.net DJ team and began my weekly Wednesday show "Kung-Fu Sounds". I have focused the show on deep drum & bass music; I love the variety of ethnic instruments, mysterious bewitching vocals, and different oriental motifs. I really like the ancient culture, mystical civilization and their teachings. For several years I have been practicing Taoist Kung-Fu. Hence the name of my show "Kung-Fu Sounds" because it reflects the vibes of my heart and soul.

In this edition of the jungletrain.net promomix series, I introduced music that I like and I tried to show the current trends of drum & bass music as I see them. I used a lot of new unreleased material, including tracks from my label. The mix is full of dubplates by talented producers from post-USSR countries as Russia, Belarus, and Ukraine. So, from USSR with love.
In general, we can say much about the music, but actually we should just listen. Enjoy the mix! 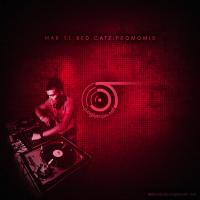