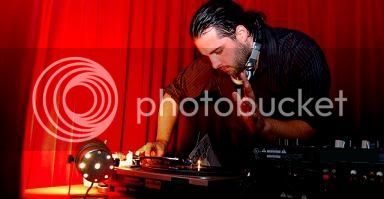 Raised on Long Island, currently living in Astoria, Dave has been involved in music his entire life. As a youth he performed in local and regional theater. In high school and into college Dave was the singer songwriter for the band Midnight in a Perfect World performing all over the east coast in venues such as The Elbow Room (NYC) to the Empress Ballroom (Danbury, CT). In the Summers of 2001 and 2003 Dave sang and played guitar in a Jazz band in Pisciotta Italy with NYC Jazz Pianist Pete Malinverni. In late 2004 Dave co-founded the net-label 'Expanding Electronic Diversity' (EED - ElectronicDiversity.com), a Netlabel devoted to independent electronic musicians. In 2005 Dave recorded vocals for Music in 2d with EED co-founder David Tagg. In 2006 he performed improvisational electronic music at Percussion Lab in Brooklyn, NY as part of the Tagg, Lupkin, Shichman trio. Dave has been playing guitar, singing, writing and recording his tracks since he was 13 and using a tape recorder to work out musical thoughts. Dave has been producing electronic music since 2003.

Dave has been a resident Dj with NYC's legendary Drum and Bass party Direct Drive for nearly 5 years and is heavily involved in the behind the scenes working. Formerly known as Dj Sheik-mon, Dave is known to lightup the dancefloor with his signature melodic DnB sets and his energetic performance behind the tables. Recently Dave's sets have been described as deep, melodic, minimal and funky, supporting artists like High Contrast, Lynx, Commix, Calibre, and Random Movement as well as playing his owe original tunes. His attention to detail and his smooth mixing has gained him respect from Djs and producers alike, who keep his sets full of dubs. Dave has been producing Drum and Bass for 5 years and often incorporates his own material into his live sets.

In 2006 Dave launched Driven AM, the NYC based Artist Management and promotion company which handles bookings for some of the most respected and talented Dj/producers in the US including Mixmaster Doc, Raw Q, Random Movement, Bachelors of Science, Datcyde, Dj Seen, Dj Seoul, Dj Strife, and UK talent Nookie. In June 2007 Dave began hosting a monthly DnB event in NYC, showcasing artists from the Driven Artist Management roster. For nearly a year he brought the best US and UK talent on the Driven AM roster to NYC, including for their NYC debut Mixmaster Doc, Bachelors of Science, and Random Movement.