URBAN:NRG return to the New Cross Inn to bring you yet another WICKED party with some of the freshest up and coming talent and some BIG artists to boot, and all for a mere £3 all night!!

We kick off the night from 9PM and roll through till 4AM and hope to bring you the party, URBAN:NRG stylee. We bring you only the friendliest vibe with a big selection of music, across the whole spectrum of D'n'B so come and join in this wicked n...ight and lets all have a party!


Artists on the night will be:-


This is an over 18's event so bring id. Security tight but very polite. ROAR.

See you there party people Looking forward to this one!! 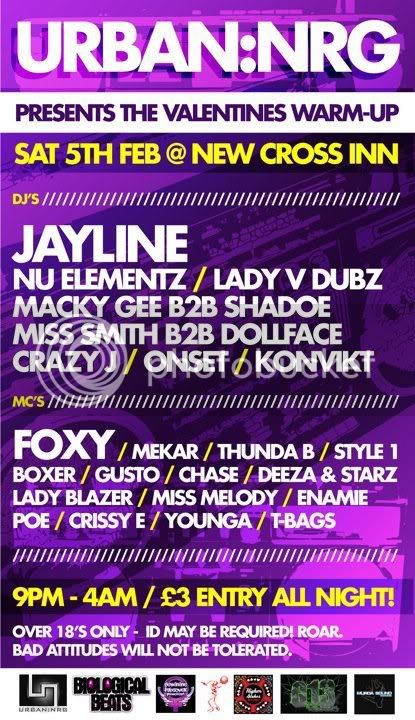