Oh yes, a big freebie from the Unique family. In the Podcasts section of the Unique Artists website you will find a bunch of exclusive mixes all guaranteed to have you dancing around your living room or brocking out on the train to work. And as an exclusive taster of their forthcoming album, Ed Rush & Optical have chained themselves to the decks to turn out an absolutely filthy edition of the Podcast series.

Check out the latest Podcast from Ed Rush & Optical now, click the pic… 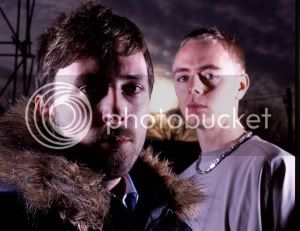 The brand new Ed Rush & Optical album ‘Travel The Galaxy’ is shaping up to be their greatest received since the seminal ‘Wormhole’. The album is slated for release this month, dropping on 3x12" vinyl, 13 track CD and a 16 track digital download. Celebrating the release of the album Unique Artists is proud to present Virus Recordings tour nights featuring Ed Rush & Optical, Ryme Tyme and other Virus artists on request.

Get in touch to book a tour night now!

Not content with providing the world with some of the finest drum & bass DJs around, Unique Artists has launched their own online store where you can grab all the latest and greatest tracks from Bad Company Recordings, Infrared Records, Life Recordings, Liquid V, V Recordings UK, V-Cycle and Virus Recordings, amongst others. So why not stock up your virtual record box as you book your favourite DJ? 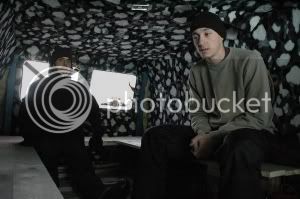 Maldini and Vegas have been keeping themselves busy in the studio working on forthcoming co-labs with Ganja-Tek’s Prolix and Viper Recordings’ Uman. Meanwhile they’ve been gathering up plenty of fresh meat for the third instalment of the ‘Bad Taste’ series which we’re assured will be a smashing compilation of really rather excellent music. Finally, for those of you who’ve been dribbling into your chips at the idea of getting your hands on the remixes of ‘Bullet Time’, you’ll be pleased to hear that both Spor and The Upbeats’ reworkings will be available to buy from June 22nd.

Thanks to Unique you can grab yourself an exclusive BCUK mix too...

Don’t waste time though, get to hear all these tunes in the club by booking BCUK. Click to contact… 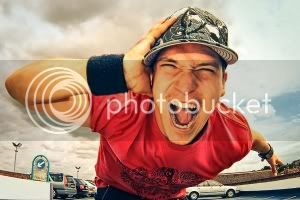 Master X has been garnering plenty of attention since his appearance alongside Noisia on Pete Tong’s Essential Mix live from Creamfields last year. Working closely alongside the Dutch trio, Master X has learned the craft of keeping rowdy festivals and intimate clubs entertained alike. Not that this vocalist is a one trick rave mashing pony, his debut appearance on a track will come in the rather high profile form of ‘Hot Riders’, one of the stand out tracks taken from Lynx’s album on Soul:R. 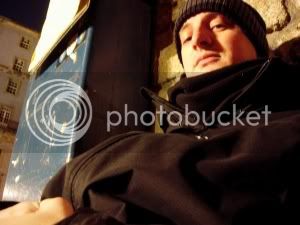 For those who like their drum & bass on the filthy side, Ganja-Tek’s main man has been working hard in his audiological dungeon to blend up a bunch of beats darker than a boxing match in a power cut. Getting into the studio with legends of the scene Maldini & Vegas (BCUK) spawned ‘Hall Of Mirrors’ which will feature on the next Ganja-Tek release. Prolix has also reworked Cause4Concern’s ‘Paranormal’ for C4C Recordings and Rico & Scoop’s ‘Dragon Scroll’ for Dangerous New Age which have been smashing up the place in his recent sets but the big news is his disgusting remix of Ed Rush & Optical's 'Get Ill' which should be surfacing on Virus soon. Expect more co-labs with Dom & Roland, Vicious Circle and Audio amongst others.

Not only that, but Prolix has whipped up a taster of his DJ skills for all and sundry to get their dirty mitts on… 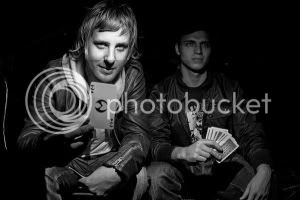 Producers of the moment, these boys have worked hard in the studio over the last few years, with their quality-over-quantity approach meaning that every track has been a massive dancefloor hit. Obviously the biggest players in the scene agree as Hospital Records are just about to drop Sigma’s ‘Paint It Black’ as the sampler to their ‘Sick Music’ LP, and Breakbeat Kaos have snapped up the duo and are in talks about a bunch of different projects. Expect their debut BBK 12” and potentially some co-labs with DJ Fresh sometime soon. Meanwhile their own label, Life, is nearly ready to release its second 12” with ‘Front To Back’ and ‘Nexus’. 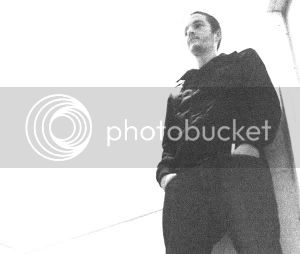 A new addition to the Unique camp, Uman has made a name for himself recently with some top quality releases which have gained the support of some of the biggest DJs in the scene. Not that his own skills behind the decks are anything to sniff at. Watch out for ‘Let Me Down’ and ‘Big Foot’ which just dropped on Viper as well as forthcoming material on Timeless and Sudden Def, and another big 12” for Viper later in the year. And if you want to check his skills on the ones and twos yourself, why not grab this mix? (or book him for your event…) 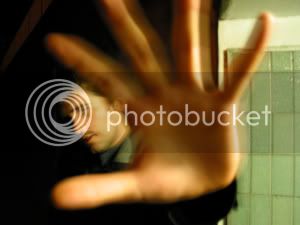 One of the busiest men on the drum & bass block right now, Wickaman is currently halfway through a new album with long-time partner J Majik, has several tracks lined up on his own Black Widow label, is about to launch a brand new label called Rong Robot and still took time to rework ‘ I Remember’ for Deadmau5! Where does he find the time? Look out for Wickaman & Hekta ‘Blue Dreamers’ b/w ‘The Reality Check’ on Rong Robot and Wickaman & RV ‘Deep Throat’ b/w ‘Anything You Say’ forthcoming on Black Widow soon. In the meantime, why not get Wickaman down to your event for an exclusive listen to all his latest material?