TRIBE launches at The Electric, Brixton uniting two of the power houses of Dubstep 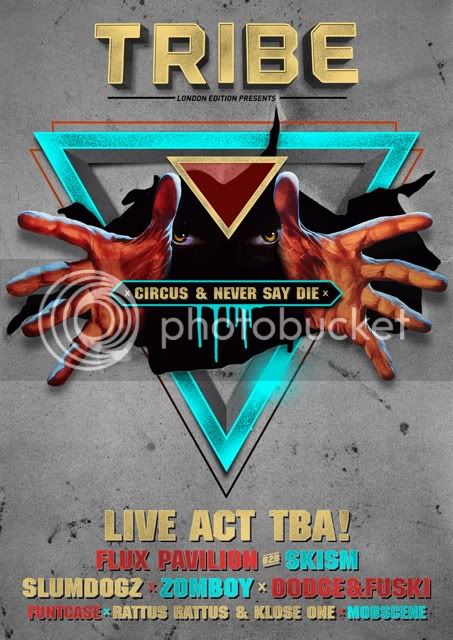 On December 10th 2011, Tribe will be uniting two of the Powerhouses of the Dubstep scene in London's freshest venue. Both the Circus Records & Never Say Die labels have released some of the biggest underground anthems of the past couple of years, and their rosters boast some of the most exciting acts in Bass music today.

Nothing will summarize this night better than the 'battle of the bosses'. Fresh off the release of their collaborative single 'Jump Back', label bosses Flux Pavilion & SKisM will be playing an exclusive back 2 back set!

In support from the two camps we have Circus dons The Slumdogz and Funtcase, and Never Say Die troopers Dodge & Fuski and Zomboy, who between them have put out some of the biggest jump up records this year. In addition we have the Urban Nerds Rattus Rattus & Klose One and electro heads Mobscene to get things moving.

And the best part? We haven't even told you who our LIVE HEADLINER is yet...
Visuals by TBC

From the Never Say Die camp come critically acclaimed rap, grime and dubstep act Foreign Beggars, who bring their frenetic live show to the night. Fresh from collaborations with the likes of Mensah and Skrillex, as well as Noisia, and more, Foreign Beggars (Metropolis, Orifice Vulgatron, DJ Nonames) are as unpredictable as they are prolific. They’re known for producing energetic live shows, and rumbling beats that drive dancefloors into a frenzy, so this time Foreign Beggars are pulling out all the stops.

Check out this new exclusive mix from one of Dubsteps hottest acts:
http://www.sendspace.com/file/5q5z5w

This Saturday dubstep powerhouses Never Say Die and Circus records come together for the their first ever UK Club show at the stunning Electric in Brixton. Headlining the bill we have Foreign Beggars Live alongside the UK’s most in demand dubstep artist’s Flux Pavillion and Never Say die records head honcho Skism!. 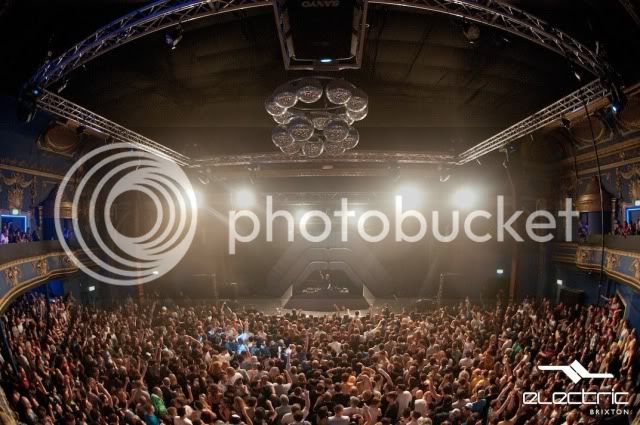