The Quarks EP will feature two tunes from French newcomers, Dirtyphonics who have already made a name for themselves with their innovative live gigs. Their first single on AudioPorn, 'French Fuck' shot right up to #1 on the DNBA download charts upon its release last October.

The title track 'Quarks' is a dnb/dubstep hybrid of madness with a bit of everything and a bit of the unexpected. On the flip, Dirtyphonics show off their diversity by teaming up with best female MC nominee, Tali on the smooth sounds of 'The Secret'.

Ram Trilogy return with a roller of insane proportions with the demented sounds of, 'Asylum'.

Label head Shimon rounds out the EP with his signature 'Shadow Knows' sound in a collab with Mainframe Recordings head, DisasZt on the bouncing beats of, 'Lightspeed'. 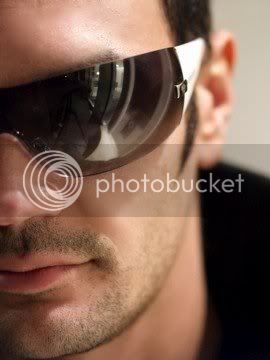 Beast from the East!

can't wait 4 this! gonna smash up the dance with Quarks! Asylums heavy 2 ain't heard the others but i'm sure on a similar standard

yessss.. artwork is siiiick too.

Nice to see the trilogy are making beats again!!!! This is going to be a high grade EP

The video gets me every time, so fucking sick. Nice one for the info.

this is gonna be a Big release for sure!

if i miss this ill kill somebody!
D


The other 2 on the audioporn myspace

im watching dirtyphonics live at the end of this month, can't wait

will definitely bag this sweetie, thanks!

Id sell my kidney to own this now.

DJ NUERA said:
Id sell my kidney to own this now.

Hmm I could use a spare kidney