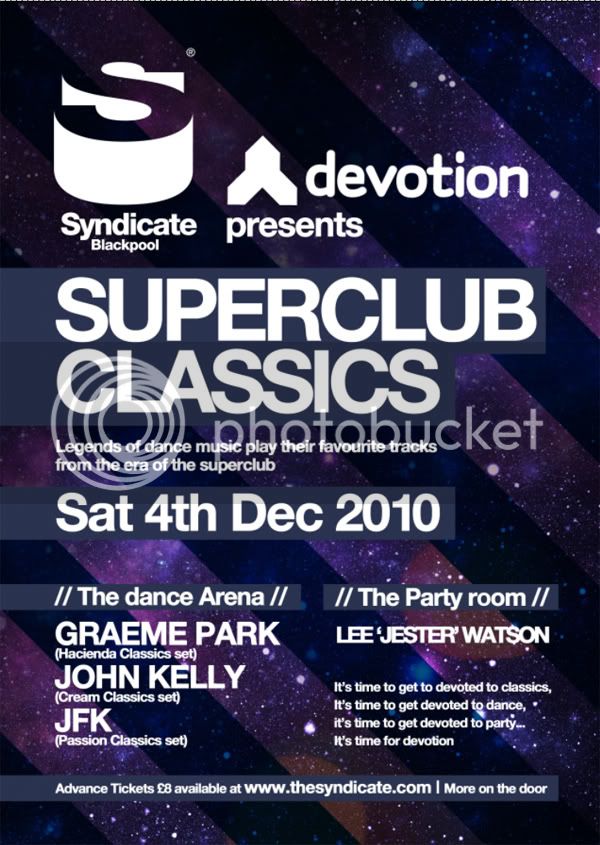 JFK tells us about DJing in The Superclubs
In the late 1990’s and early 2000’s The Superclub was King!
Long before all night drinking licences were granted and smoking indoors was banned EVERYONE went clubbing on Saturday night.
Week in week out without fail these venues were sold out from 9pm until closing time.... everywhere was rammed with people having the time of their lives.

At the helm of these super nights was the DJs.. these were no ordinary DJs... these were masters of their crafts where everyone’s night revolved around which music these demi-gods chose to play for the baying crowd each week.

There wasn’t any file sharing or streaming of music, there was only vinyl.
Bits of black plastic that were the most sought after tunes in the land.
There were usually only 100 of each tune released on promo in the country and having one of the best latest tunes defined your position as a top DJ.

When you had one of these sought after record you waited and waited and waited... just until the crowd were getting restless then BANG.. you would drop the big one and thousands of people exploded with Ecstasy!

I was fortunate enough to play in all of the Superclubs, Gatecrasher/Cream/Ministry/Golden/Passion/Godskitchen/Inside Out/Slinky and countless others over the years..., just thinking about putting that needle on the record in front of 2000 people rammed into a night club sends shivers even now...

I loved every minute of it!

Join JFK as he hosts two of the biggest names in club land history, Graeme Park was a lynchpin of the Hacienda era in Manchester and the party legend John Kelly who was a massive influence in Cream in Liverpool’s early rise.

These boys know how to rock a dance floor like no others... they were there!

Advance tickets can be purchased direct from our website www.thesyndicate.com