Thought you might be interested to know about a revised reissue of the acclaimed first-ever book on jungle and drum & bass, State of Bass. The book, which is written by veteran music critic Martin James (Melody Maker, Muzik, DJ, Mixmag, Electronic Sound, etc.), was originally published in 1997 as State of Bass: Jungle – The Story So Far. By 1998, it had sold out and has never been reprinted.

Drawing on interviews with some of the key figures in the early years, the book explores the scene’s social, cultural and musical roots via the sonic shifts that charted the journey from deep underground to global phenomenon. The updated version extends the original text to include the award of the Mercury Prize to Reprazent for the groundbreaking New Forms album and previously unpublished interviews with Roni Size, Goldie, LTJ Bukem, Fabio, Shy FX and other key players from the early years of the scene. 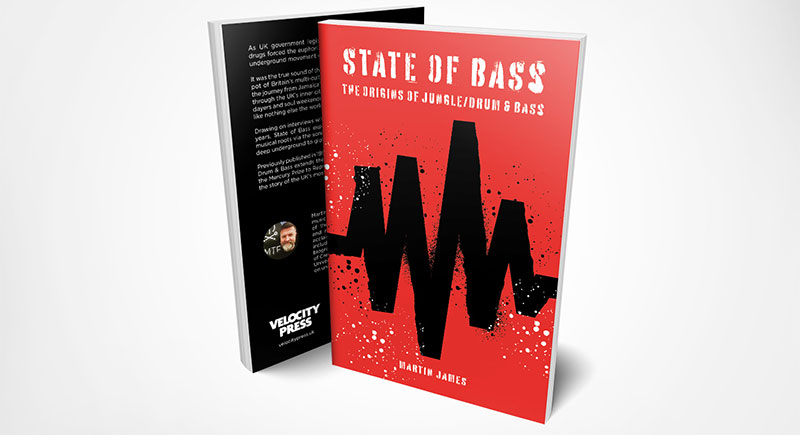