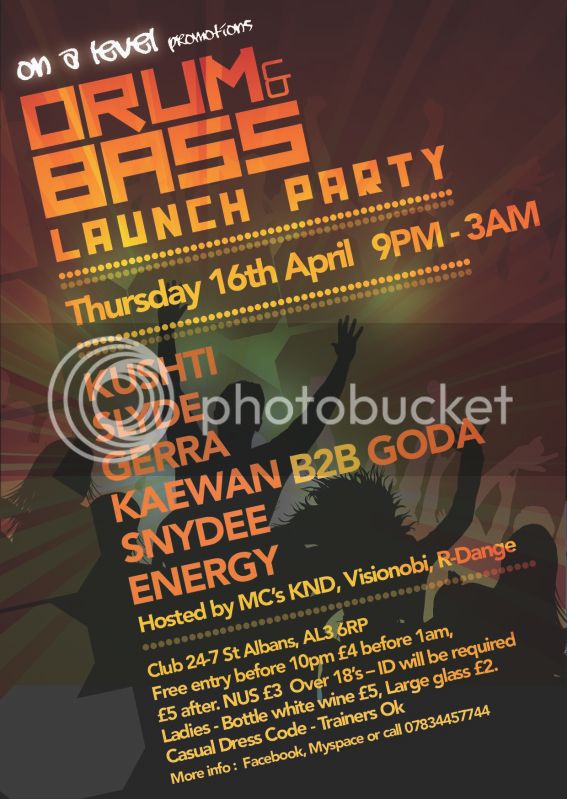 DJ’S PERFORMING ON THE NIGHT:


INFO:
FREE CD GIVEWAYS, JBLSOUND SYSTEM, WE ARE ACCEPTING DEMOS ON THE NIGHT IF YOU WOULD LIKE TO BE CONSIDERED FOR 1 OF OUR FUTURE EVENTS.

ALSO CHECK OUT
www.myspace.com/onalevelpromotions
www.club24-7.com
.
TAXIS ARE AVAILABLE FROM ST ALBANS. IF YOU ARE LOOKING TO COME INA LARGER GROUP OF FRIENDS WE CAN ORGANISE MINIBUSES AND COACHES FOR YOU AT EXCELLENT RATES, CALL 07834457744 FOR MORE IFO OR ANY OTHER ENQUIRIES.

9 days and counting! this one is going to be large
O

Bump up for the weekend crew!!!
O