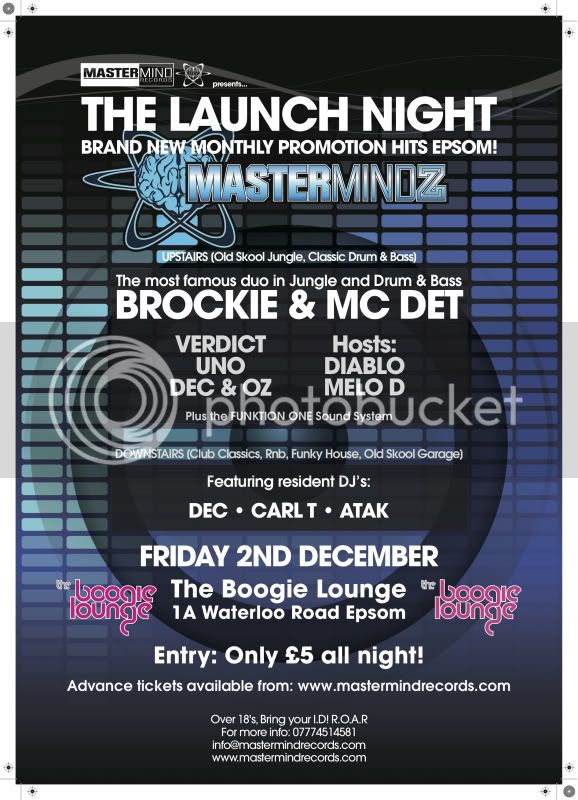 Headlining the night are the infamous Brockie and MC Det performing a Classic D&B set alongside Mastermind Records artists so expect to hear only the highest quality music.

We are excited to share the experience of this new beginning with all you fellow music lovers and party people. With a carefully selected line up and a multi genre floor, this is a night not to be missed!

One of the most famous duos in Jungle and D&B...

Bringing you an almighty FUNKTION ONE Sound System!

Supplying you with great music from across the board!

Only £5 Entry on the door all night!

Back in the day, before he was involved in the jungle scene, Brockie was playing swing, soul, hip-hop and ragga, amongst other styles. He then swiftly found hardcore and that led him on the start of his journey to where he hit the explosion of the jungle scene.

Brockie has been a known name and a DJ in the scene since 1988, representing in the jungle since day one. In 1991 he teamed up with friends to establish the infamous Kool FM 94. 5 - the best and longest standing drum & bass radio station in the world to date!

In 1997 Brockie set up his Undiluted Recordings label with Ed Solo, from which we have seen quality releases and much talent! The label has grown from strength to strength, with each and every new release which is unleashed from the Undiluted camp.

Brockie’s style is very diverse. He very much works with the crowd and plays different sets to different crowds all round the world. When playing at a big rave you’ve got to have a balance of everything across the board, because everyone likes something different.

Brockie has played all over the world and because of this, coupled with his long running relationship with Kool, Det and Undiluted, he has become one of the biggest names in the scene.

MC Det has been involved in the Jungle scene since way back in the rave days, when he used to MC on the pirate Drum n Bass radio station Kool FM.

His first Jungle MC album was ‘Out of Det’ released on Sour Records in 1995. The album was a success in this country, across American, Japan and Europe.

He has also recorded albums with Red Snapper and Cut La Roc showing the Det ain’t just feeling one type of music. His latest album available on Times Two Records is called ‘Knights of the MC’ and features Skibadee, Dynamite MC, Ed Solo and the legendary Ragga Twins. 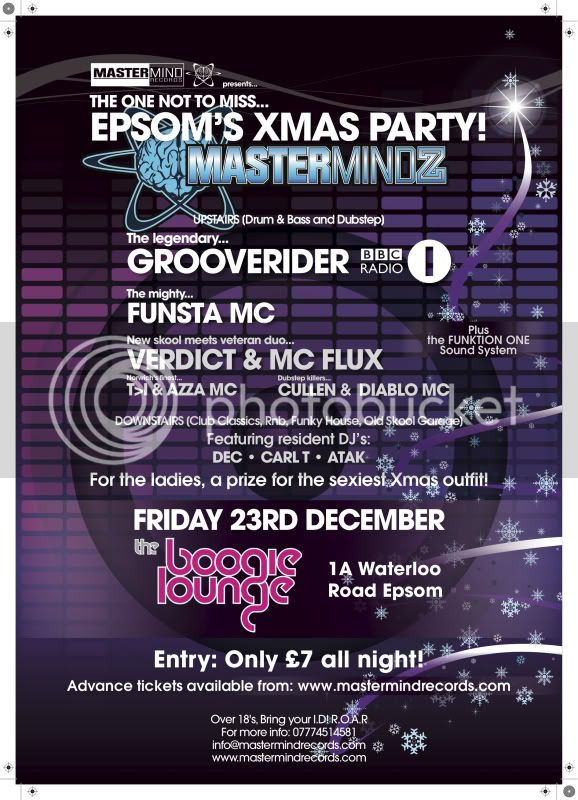