I've been DJing for about 12 years, mixing in clubs since about 2003. I have played mainly in the UK but also in Amsterdam, The Netherlands. I picked up DJing mainly because I was getting to an age where I felt like I needed to get off the dancefloor but I still wanted to go out and party. My introduction to drum & bass was through the old M-25 Acid House parties in 1989 (hence DJ A-T-9) and I just carrried on the raving vibe and followed the hardcore/jungle/dnb route. The Paradise Club in London was my second home from end of 1991 right up to the beginning of 1995 (big ups to the Vivid/Dance With Feeling/AWOL and Tribal Dance crewz that rocked the place!). Since then, I have promoted a lot of parties and I have ended up working with and playing alongside loads of A-list DJs.

I started on jungletrain.net in 2005 having played on lots of other internet radio stations. I soon realized the professional way jungletrain.net was run, the impressive listener base, and the friendly chat room crew, so I dropped all of the other stations and haven't looked back since. Lately I've been getting lots of guest DJs to share their passion and vibes on my jungletrain.net show.

This promomix is more of a party style mixing as I've copied a few mixes that worked well in clubs when DJing and I have mixed the tunes more quickly to keep every one interested. I always mix new and old tunes in my sets and most styles of drum & bass, rather than do an entire hour or so of amen beats or jump up/deep style; I find this can be a bit narrow-minded or boring.

Big shouts out to everyone who has supported my shows over the years – you know who you are! Also, maximum respect goes out to all the moderators who keep this station run professionally and not forgetting all the people who donate money to keep the station going. 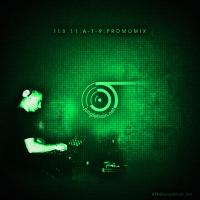