We're proud to announce this is the 6th year anniversary of our promomix series. We would like to thank everyone involved for all those years. It goes without saying that we aim for another 6 great years.

Now give it up for our december 2010 mixmaster DJ Rail

Rail got his name from graffiting back in 2001 when he was a young teenager, now at 22 Rail aka James has kept his name and used it for his music. He first starting DJing out in 2005 in East London and has since gone on to grace such venues as Ministry of Sound (London) , East village and festivals such as Glastonbury and Shambala.
Recieving support from ATG and URBAN NERDS, 2011 looks to be a good year for Rail as his production is coming along to add another string to his bow. Look out for this guy at a venue near you soon. 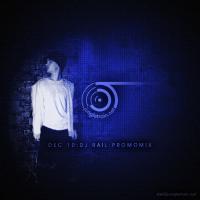