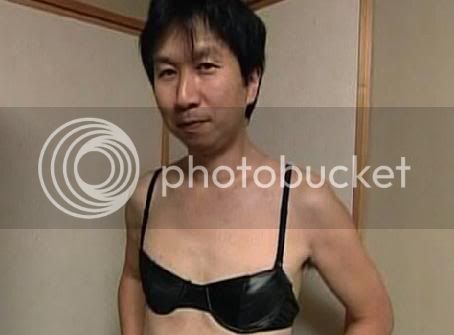 Since launching two weeks ago on Rakuten, a major Japanese web shopping mall, the Wishroom shop has sold over 300 men's bras for 2,800 yen ($30) each. The shop also stocks men's panties, as well as lingerie for women.

"I like this tight feeling. It feels good," Wishroom representative Masayuki Tsuchiya told Reuters as he modeled the bra, which can be worn discreetly under men's clothing.

Wishroom Executive Director Akiko Okunomiya said she was surprised at the number of men who were looking for their inner woman.

"I think more and more men are becoming interested in bras. Since we launched the men's bra, we've been getting feedback from customers saying 'wow, we'd been waiting for this for such a long time'," she said.

But the bra, available in black, pink and white, is not an easy sell for all men.

The underwear has stirred a heated debate online with more than 8,000 people debating the merits of men wearing bras in one night on Mixi, Japan's top social network website.
Click to expand...