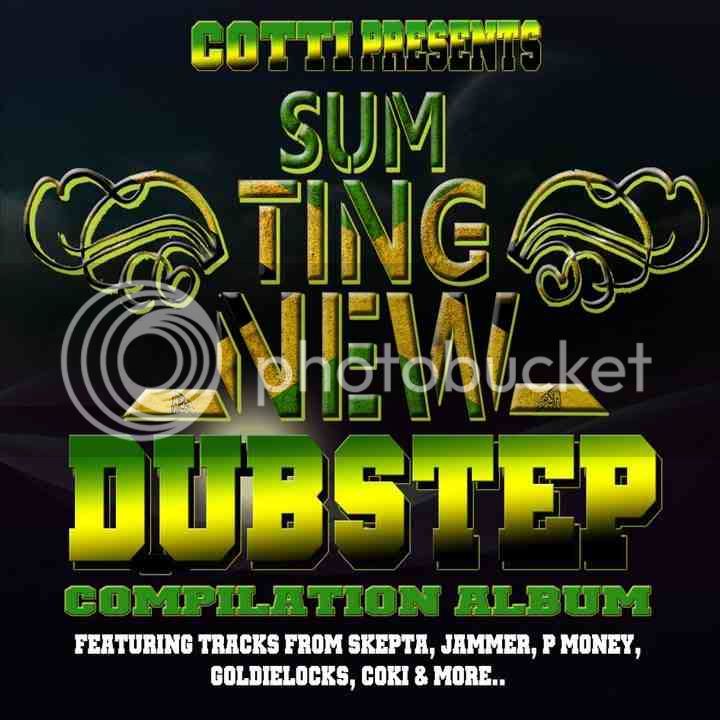 Cotti presents the debut Dubstep Compilation album on his own label
[SumtingNew Records] featuring co productions with the Likes of
DMZ's Coki(a pioneer in his own right) and special guest vocals from sum
of Grimes most prolific artist such as Skepta(BBK), PMoney, Jammer, Badness,
Goldielocks, Big NArstie, Lil narsty & Doctor to name a few.

**Free Download - STN In Da Mix Vol 3
https://soundcloud.com/dj-enme%2Fstn-on-da-decks-vol-3-mixed-by
After spending over a year in the studio workin with various
Uk artists and producers, Acclaimed DUBSTEP producer, Cotti
("I dnt give a dub" "Calm Down"& "rise da Temperature")
brings the first Album Compilation from his
collective -SUM TING NEW- A scene shifting selection
of largely vocal based, Reggae/grime influenced urban
electronic sounds with various tracks featuring live electric
guitar played by his dad Bowsie who is also part of the collective & Dj Raggs
whos plays Live Sax on the album too.

Cotti has been making Dubstep since 2005 and has released a string of 12" Vinyls on
many a known Dubstep labels such asSoulJazz & Fabric not to mention his owns labels -30
which he used to run wid Cluekid & his other Label Bassface, which released tracks
from himself, Kromestar, Pmoney & Jammer. Cotti is from South London & is currently based
in croydon Known as the Orgins or hub of Dubstep. His music takes influence from Garage,
grime & reggae to Jungle, Hip Hop & soul, but he is greatly known for his more
reggae/roots & Grime Fused dubstep tracks. Cotti has managed to work on Remixes for likes of
Massive Attack,Nitin Sahwney, Dubpistols & even American rap star Jim Jones.

Cotti has an American & Canadian Tour arranged for early spring to promote the album and
is also in negotiations for an Australian/New Zealand tour late summer to help promote his
label & the Album, aswell as plans to put together a UK HOME tour at some point in summer 2011.

FOR MORE INFO, PROMO REQUESTS OR TO SET UP AN INTERVIEW PLEASE CONTACT:

A few youtube links to preview tracks from the cd