So I installed a new tonearm in my technics 1200 mk2.. was having bearing issues and just felt like it was time for a new shiny one! Audio was working fine before.. now I get nothing at all.

This is a picture of the original solder points of the tonearm:

So I desoldered them put the new one in.. put it all back together... go no audio.. so I busted it open again, resoldered all the points, once again.. no audio..

Here is the final picture of my solder points..

I was hoping these pictures might help.. maybe someone will notice something wrong..

or maybe someone has had this problem before and sorted it out? either way..
I would really appreciate if someone could help me on this one..
L

ok well i found out the problem.. and even though i feel like a complete jackass i'll post what it was for the benefit of someone else not doing the same thing in the future. 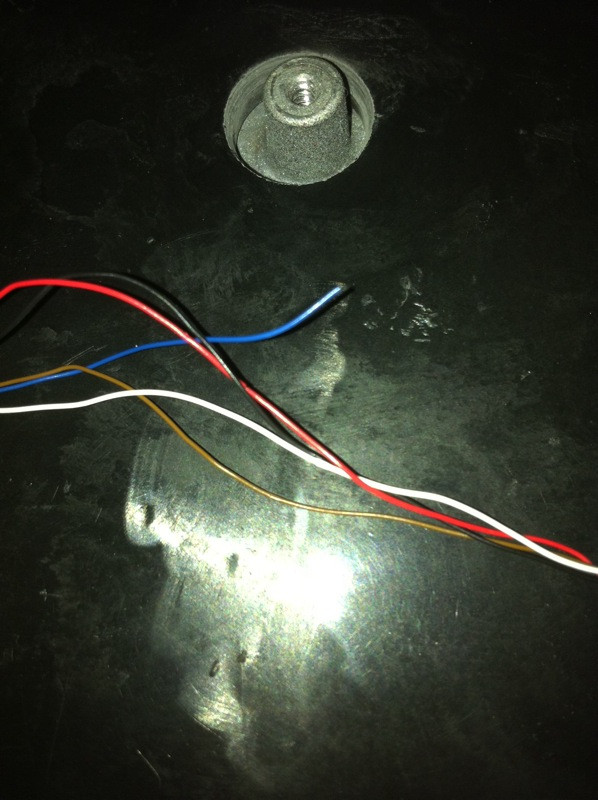 while i was resoldering these for the third time, a portion of the blue wire came off.. as you can see it's shorter there than the rest.. if youll notice (hard to see due to shitty phone cam)
where the red wire meets the black there is a dent in the red.. and i dont know if you can see, there is a dent in the white at some point.. so basically my solder points were fine..
but when i screwed the tonearm down somehow i left too much slack around the top or something and tightened it down on the wires .. that'll definitely cause a no audio problem..
considering these wires are like hair.. i tried using my old tonearm wires and threading them through the new tonearm.. but even after totally disassembling it down to individual parts.. removing the bearing assembly and all.. it's still a ridiculous process i don't have patience for at the moment.. might just have to get ANOTHER tonearm haha..

hmm sounds like some serious difficulty there mate, one of mine needs replacing but i think i need to replace the whole anti skate and height adjustment too, not looking forward to it in all honestly. the only place i can find selling em though is ebay and thier like £100 anyone know anywhere else?

ps dont give up
A

I had a problem similiar where the wires from the tone arm wouldn't reach the circuit board when the tonearm was assembled.

I quick fixed mine by soldering two wires together and duct taped them to make sure they're safe and strong.