I looked at this and decided against it, I think it has the potential to be very flimsy and I doubt it would last very long

can't complain for £30 and love the idea of it! supprised it took this long for something to come up with it!


you got a link to the site where it's selling, or some other info on it?

mine is a behirnger u-control £60 thing and is dead plasticy and flimsy but its lasted a year so far so i can't complain.

i know a guy with a £200 yamaha controller and a really expensive akai controller (one of the square ones with light up buttons), both of them feel solid compared to min, the keys are nice and heavy and you could probably chuck them down the stairs and expect them to work, whereas with cheaper stuff it feels light + plasticy, agree with scotty here, if you want something that will last then its worth spending the extra dollar.

like the idea, although it doesn't look like it has pitch bend or any other controls (knobs, buttons, etc), which come in handy when you want to record automation or do stuff live, so it might be a good idea to save a up a few more pennies!

looks nice for £30 but as perspective said , it looks like it doesn't have any controls but I wouldn't complain about it for £30..

id much prefer to get the Korg nano controllers instead... 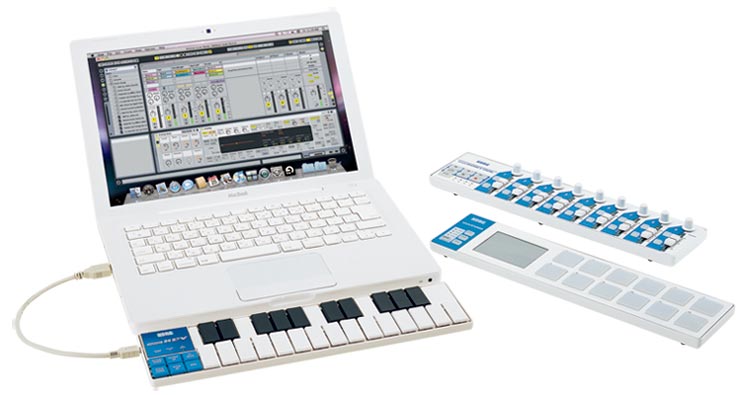 Sammy_Dodger said:
id much prefer to get the Korg nano controllers instead...

ive got the nanopad (since back in october) and as expected, it does feel a bit flimsy. can take some punishment, but i always make sure its placed on a nice solid surface; im not gonna take it for granted. i just ordered a black nanokontrol; cant wait to get that in.
Share:
Reddit Pinterest Tumblr WhatsApp Email Share Link
Top Bottom