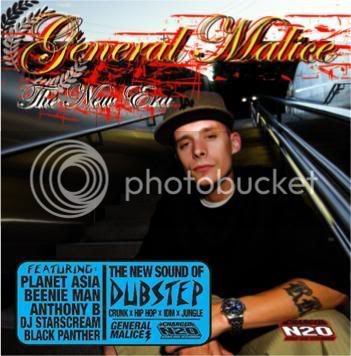 Thoughts to spread the word on my new album,

Thanks to all the fans and DJ's that have added my new album
to their myspace friends.I am asking each one of you that have supported my N2O and Big Cat releases over the past years to get up and spread the word on my New Era album dropping 10/14 at Best Buy,
Newbury, Zia, Waterloo, FYE, Amazon and many indies and major chains nationwide.When was the last time a jungle record had the chance to be in stock at these stores? Let's not miss this chance to elevate.

This is my unique record that will re-ignite jungle and drum & bass music
above ground and in the mass reach of everyone.Please do your part
in elevating jungle and dubstep music by spreading word and
asking people, "Have you heard about General Malice's New Era album?"
It's a powerful question to begin the new jungle movement.