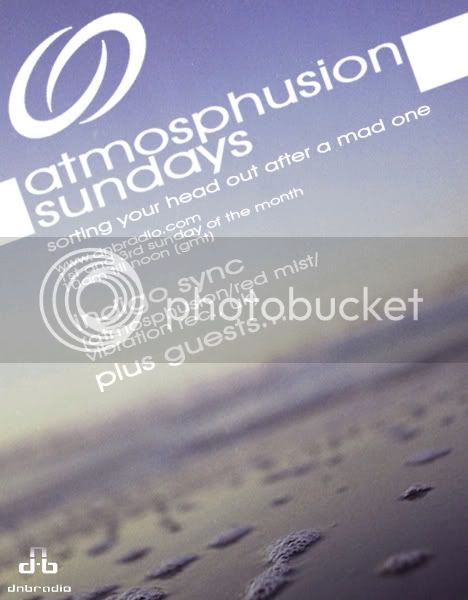 FIRST AND THIRD SUNDAY OF EACH MONTH 10 AM TILL MIDDAY (GMT) http://WWW.DNBRADIO.COM


Special guest once a month, first Sunday of the month. got some nice guests lined up. watch this space.

From the deepest and coldest realms of space, there is a sound, a feeling and a style of music inside the mind of the producer and DJ known as Galaxi. It has been many years since the dwelling, meditation, and creation of his sounds. Inspirations include the genres: Ambient, Atmospheric Drum'n'Bass, Deep House, Trance, Downtempo, Experimental, includes the artists LTJ Bukem, Jimpster, ASC, Blame, many more to mention, and also includes more inspiration from abstract/cinematic scores of movies and video games.

Galaxi represents the frequencies from deep space, planetary landscapes, synesthesic visions, and inner-feelings. Currently, he is working on new music, Dj'ing at numerous events across the globe, and also is producing as a duo with Tidal under the name 'Deep Gemini'. Pushing the sounds of the deep will bring forth only what the future holds.

Hailing from the Windy City, STUNNA (aka JAY CAPPO) has been deeply
immersed in the Chicago music scene for many years. Schooled in piano
study from an early age, his love of jazz music turned him on to the
sounds of HERBIE HANCOCK, especially his early-70's work with
synthesizers and electronics. At the age of 12, Jay acquired a drum
machine and an 8-bit sampling keyboard and began to experiment with the
jazzier sounds he'd listened to and also with the current sounds of
Chicago House that was at the time, in its formative years. A number of
years were spent performing in bands on the keyboards and alongside DJs
at parties. His discovery of Rap music and the walls of layered samples
by groups such as PUBLIC ENEMY fascinated him and he made it his
personal mission to dig and find the sources of these diverse sounds he
was hearing. Jay realized that many of the current sounds within these
layers were actually pieces from the jazz and funk he'd heard only a
few years before. He was now hooked on the science of connecting his
own sounds with various parts of music's funky past. He joined local
Chicago funk bands and began working with House producers such as ROY
DAVIS JR. in the mid-to-late 90's, playing keys and collaborating on
original tracks and remixes. Around this time he began hearing more and
more of the sped-up breakbeats of many of his favorite jazz-funk
drummers that were now being used by Jungle and Drum+Bass producers.
After accumulating many vintage synths and new studio gear, Jay delved
into creating his own brand of D+B and locked himself in the studio.
When he emerged, he'd written over 50 tracks and began DJing out to
fine-tune his songs. Currently, Jay continues to work on D+B, promotes
many shows around Chicago, tours with bands, DJ's around the world.