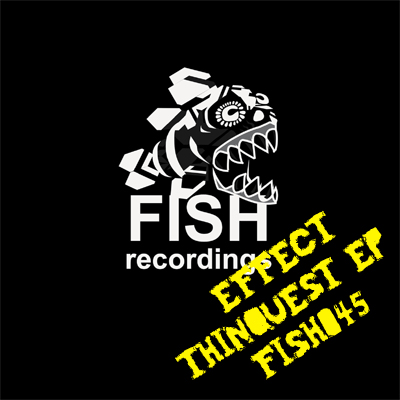 once upon a time a brave man went on a journey to space and time with only
one thing on his mind: he wanted to find the secret behind the ability to think.
this is the sory about his thinquest.
the first place of interest were the pyramids of gizeh. some years ago, he owned
an ancient book telling that the secret can be found there. so he travelled to egypt
and sneaked inside the biggest pyramid. there he found nothing but mummies.
suddenly one mummy stood up and walked towards him. first he was frightened
but the mummy started to talk. it told him that there is no need to be afraid.
he stumbled back and forgot to run away because he was quite shocked. the
mummy told him that he must go to atlantis to find what he was looking for.
so he got himself a submarine and headed for the bermuda triangle.
after arriving in the famous area of the bermuda triangle, he encountered
a huge octopus in the deep water. this monster had tentacles of 20 m length.
he had no chance to fight against this giant predator. it incorporated the
submarine and then something strange happened while the vehicle was inside
of the octopus. the submarine started to glow all over but in fact the temperature
of it did not heat up. a lot of strange noises accompanied this event. the brave
man lost consciousness. when he woke up he was at a weird place which had no
left or right nor up and down. the only thing he saw was an odd coloured fog.
some unknown creatures engaged him through that fog. they had two heads,
a body shaped like an egg, no legs or arms. their face was also very strange:
they had trunks instead of noses, countless eyes and no mouth. the creatures
captivated the brave man and carried him to a large building which looked like
a temple. inside of the building hundreds of other creatures waited and grunted.
the brave man was very afraid because he could not understand what was going
to happen. he wanted to scream but was gagged with an awful smelling plant.
the grunting of the creatures got louder and louder and all of them started to
levitate around him. in the middle of the room was a big fire with green and
purple flames. the creatures pushed him into that fire and grunted even louder
but awkwardly he felt no pain when he reached the flames. he started to melt
and suddenly he woke up and realized: it was all the idea of a guy writing a
promo text for a release on fish recordings and who certainly does not want to
give out any of those standardized hype texts which are ignored anyways...


you can get more info about effect right here: