Hiding in a box

The Watcha said:
Hoping for more word on that Quartz bit any week now, for sometime in August. Should be out before Last Life's LP

Turns out it was Figure It Out that I... figured out

and, you're not ready for this epic heaviness. Easily his best EP (and music for me) so far! Around 21st August

Into The Mist
Snakes (EP)
Figure It Out
Cluster Bomb

"Elliot Garvey aka Quartz joins Samurai Music with 4 tracks of menacing weight for his debut EP on the label. With previous releases for labels like Metalheadz, DSCI4, and Invisible, Quartz’ powerful mix-downs and his knack for technical tunes that retain the vibe factor has him high on everyone’s radar. Into the Mist was the first tune signed for the Snakes EP, a tune that encapsulates the existing Quartz dark / light style with nods to legacy Drum and Bass perfectly. Snakes and Cluster Bomb are possibly Elliot’s 2 darkest tunes to date, focused, creeping sinistism with hulking constructions. Figure It Out lurks low, still retaining his perfectly focused build strength, but with a subtler approach and a pulsing bounce that burns through in the mix. Already garnering DJ support from the likes of Goldie, Flight, Loxy, Mako, Mantra, Double O and more, the Snakes EP looks set to be a new pinnacle for Quartz productions." 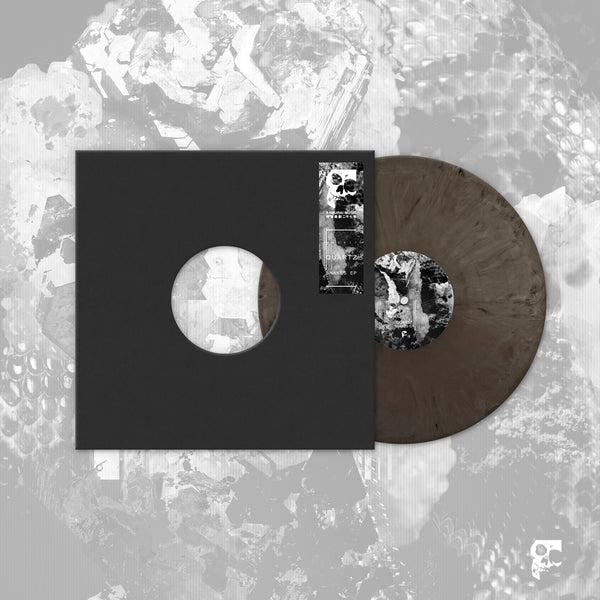 Elliot Garvey aka Quartz joins Samurai Music with 4 tracks of menacing weight for his debut EP on the label. With previous releases for labels like Metalheadz, DSCI4, and Invisible, Quartz’ powerful mix-downs and his knack for technical tunes that retain the vibe factor has him high on...

Also pretty sure I've heard a Lamia remix / vip in Presha, Torn and / or Antagonist's recent mix, along with a vip or remix of Walking K (?). Will have to find time stamps for them, but they would have been sweet on an actual Gravity remix EP like HW's first LP remix EP. Still loving the Gravity remix plate they put out though

https://soundcloud.com/samuraimusicgroup%2Fquartz-snakes-ep-previews
Here are the previews.

feelin this ep both musically and sonically, and i don't normally put lot of emphasis on the latter.
D 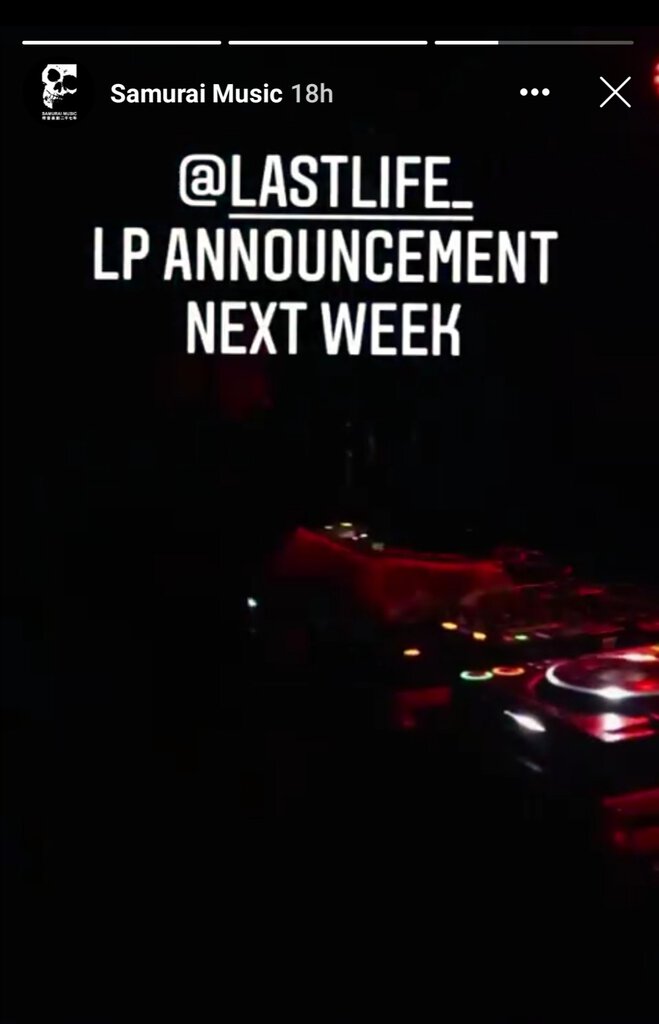 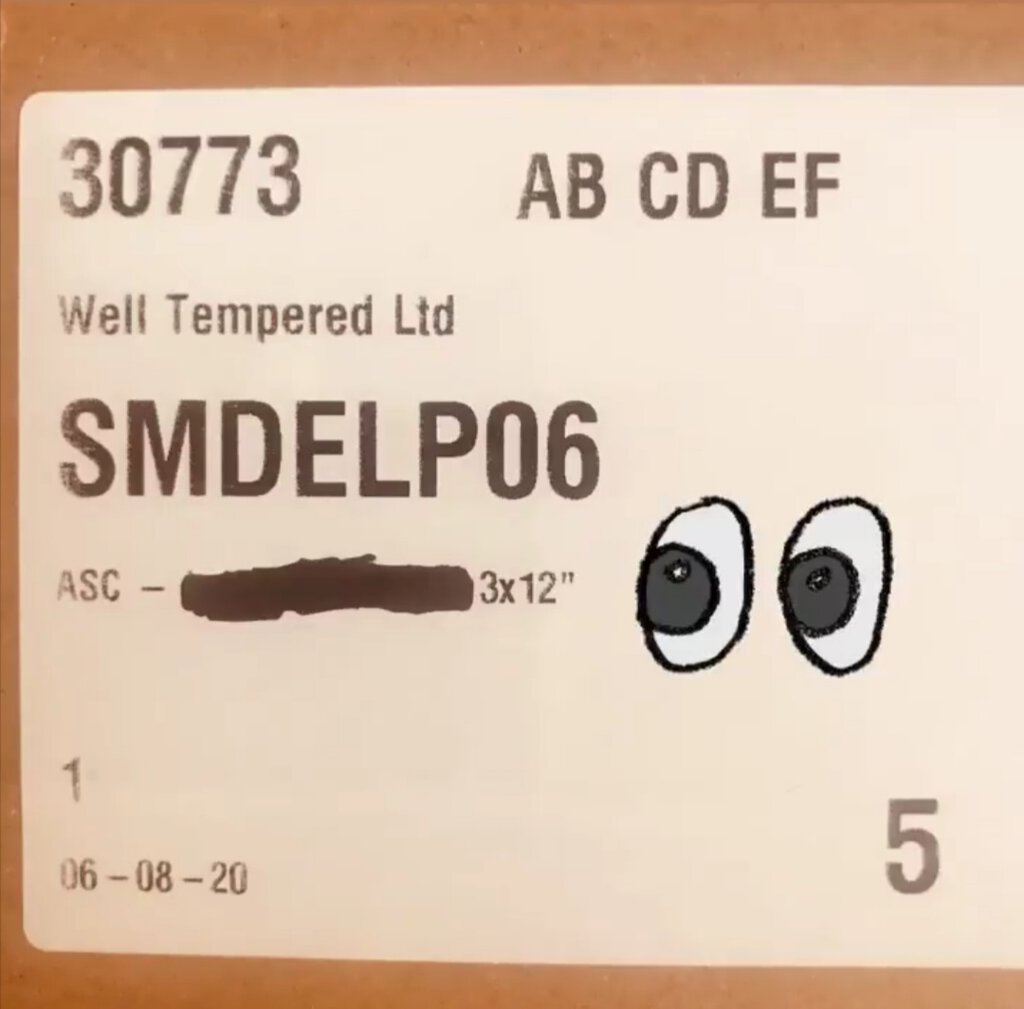 Would have liked them to press this, but oh well... Sidearms EP 1 already out. Weaponry 008 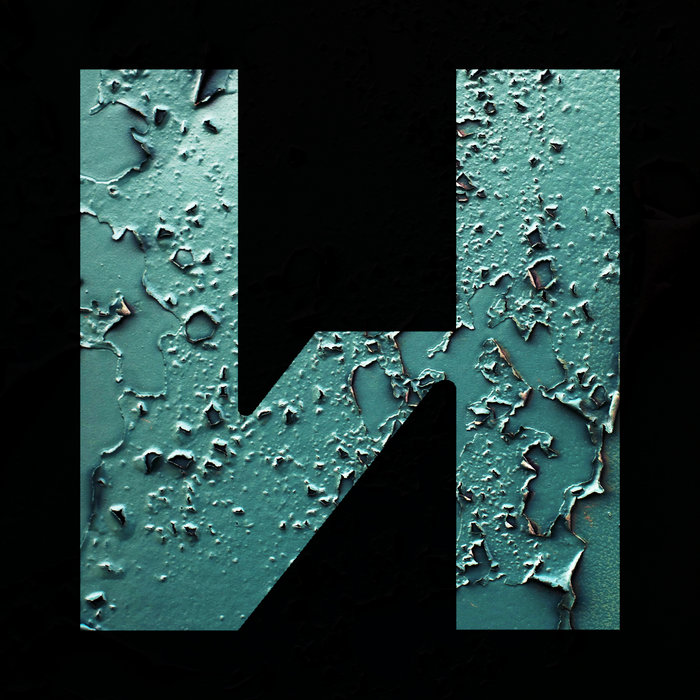 Sidearms One, by Various

Also in that TL is Last Life - The Minimal, taken from his forthcoming Samurai LP too

The Watcha said:
Also in that TL is Last Life - The Minimal, taken from his forthcoming Samurai LP too
Click to expand...

ASC LP is going to be essential 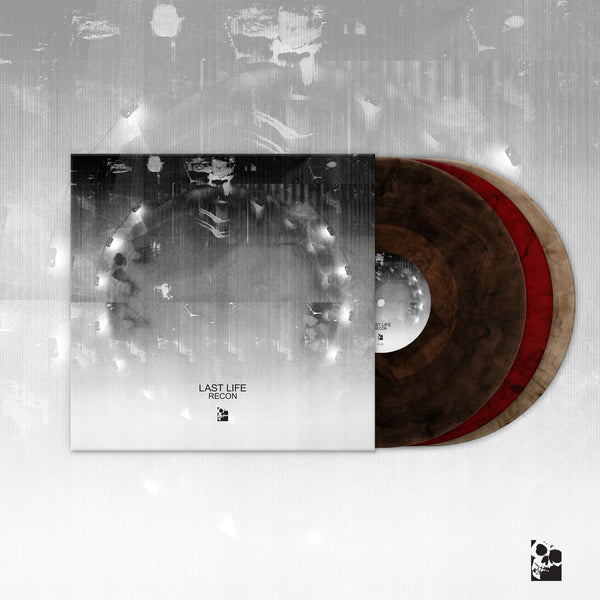 With his first releases as Last Life for Loxy’s Cylon Recordings leaving a mark that propelled him into must-check zone with followers of stripped back, progressive DnB, Mauro Picciau has continued to advance the Last Life sound into a distinctive force. His recent tracks for Samurai Music...

"With his first releases as Last Life for Loxy’s Cylon Recordings leaving a mark that propelled him into must-check zone with followers of stripped back, progressive DnB, Mauro Picciau has continued to advance the Last Life sound into a distinctive force.

His recent tracks for Samurai Music compilations - Decade, Samurai Hannya, and Outliers, plus his own LL Series honed the deadly step forward carved out with his debut Samurai Music EP - Nootka in 2017.

As the global pandemic hit, Mauro was secluded in his studio in Cagliari, Italy where he worked on the finishing touches for Recon, his debut LP.

The Last Life reputation is built on robust mixdowns, weighty kicks and incisive breakbeat layers. Cassius, Tunnel, Down The Mine and Omega are capsule Last Life tracks and have already found favour with selectors testing out Recon.

Tracks like RVNS, The Minimal and Escape introduce a new angle for the Last Life sound, less dance-floor designed but twisting themselves into essential set additions through sheer power.

Recon is a confident, assured debut LP from one of Samurai Music’s most important artists, a producer who’s sound is an integral part of our labels sonic identity and will no doubt continue to be in years to come. Salute Last Life!"
D

Probably the ASC LP up next, then what looks like a Torn x Roho EP coming around October / November for SMDE018. 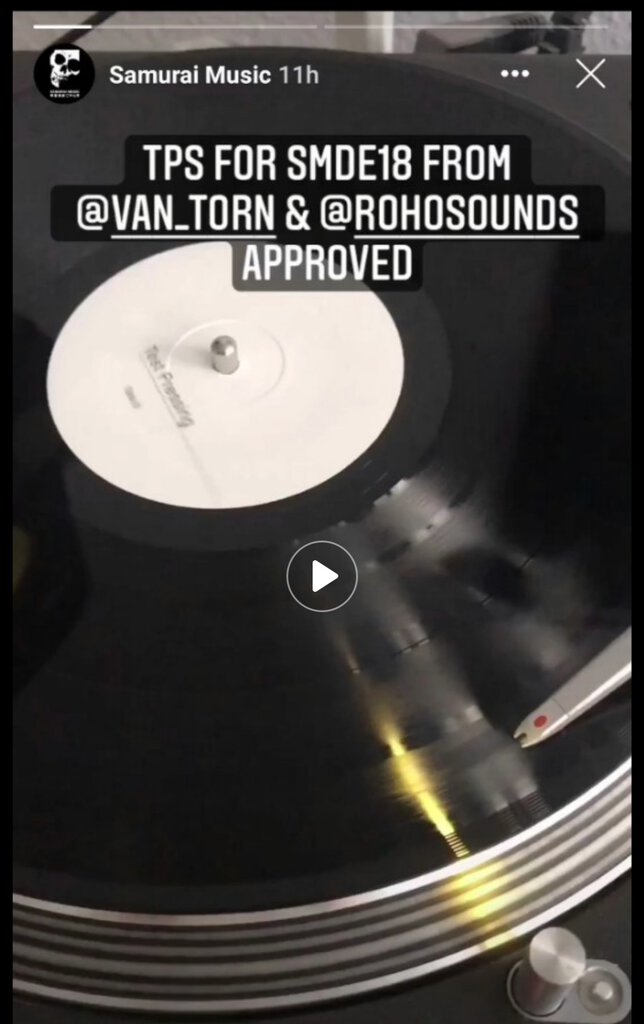 Still no news on the next Samurai release, but these seemed to slip through the net again... Would have liked a vinyl release, but oh well 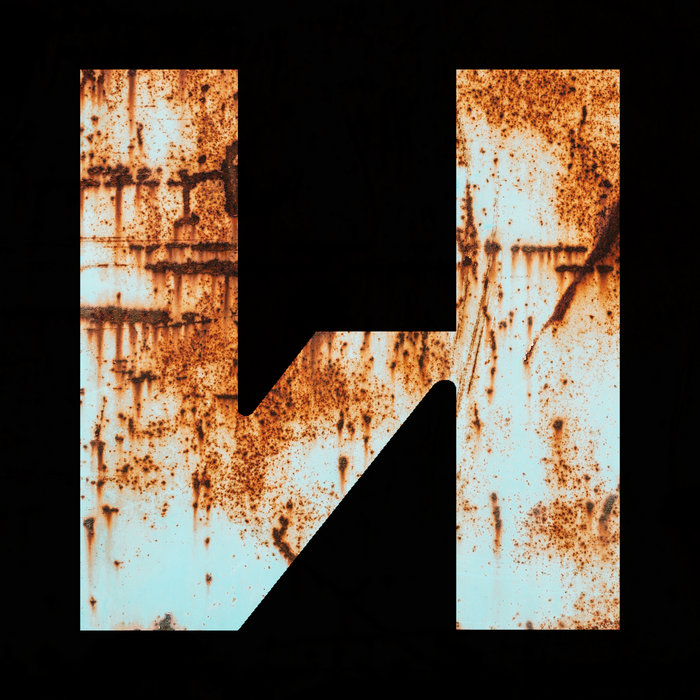 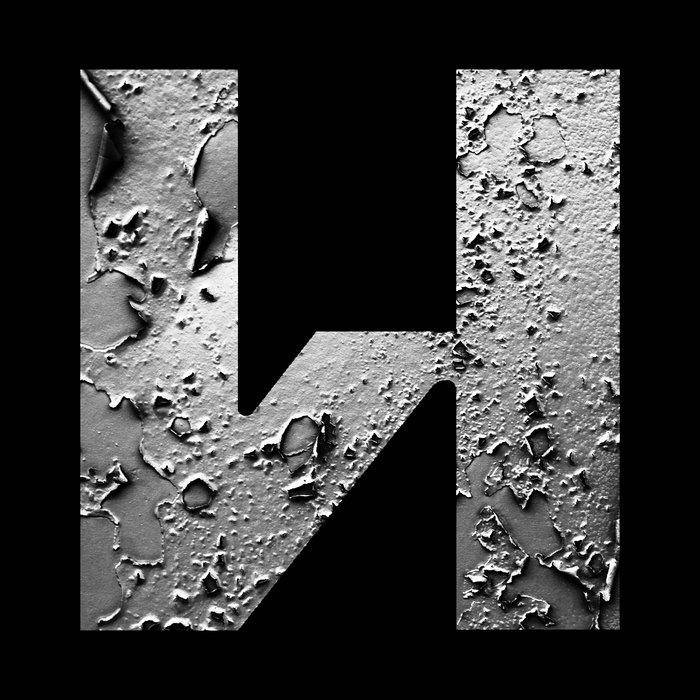 the ASC jungle LP is here (around 20th November)! 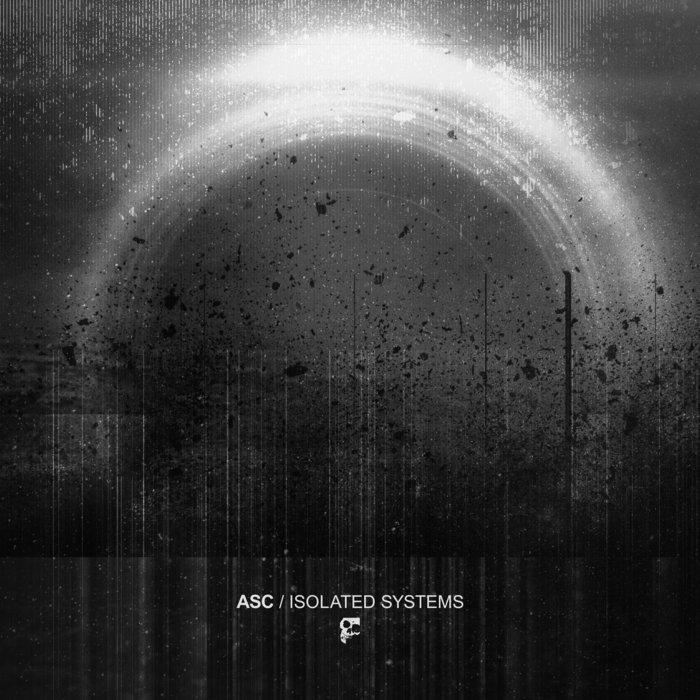 "One of the unexpected silver linings of our planet being plunged into the grips of a pandemic has been ASC’s return to Jungle / DnB.

Drawing stunned reviews from all corners of the DnB spectrum, the ‘An Exact Science’ EP on Samurai marked the first of a trio of releases in this style. Initially meant only as a one off EP, the creation of ‘An Exact Science’ turned on a spark in ASC that propelled him into a new phase of inspiration in his heavily equipped studio. Once an LP project was agreed to, the tunes came rapidly to the point of overflow (hence part 3 of the trilogy set for 2021).

From the barging opening force of ‘Process of Elimination’ to the intricate edits of ‘Cautionary Tales’ and ‘Anomaly’, and the ethereal emotive touches of ‘Rage’ to show-stopping set peak ‘Intensity’, all bases of the golden era of Jungle / DnB are touched. Predominately known as a ‘deep’ producer in every genre he touches, it’s no surprise that tunes like ‘Lost To The Void’, ’Hostile Intent’ and ‘Sub Zero’ will bring joy to those who came into this music from the early releases of labels like Reinforced, Metalheadz, Photek, and Source Direct Recordings.

With the current Jungle revival reigniting the early / mid 90’s era of Jungle / DNB, what we most hear crossing over is the more accessible, vocalised Jungle sound. ‘Isolated Systems’ is tailor made for those of us who have always scraped below the surface and revelled in the textured underbelly of our multi faceted scene."

also Donato Dozzy makes a welcome return to the Samurai main label, with The Tao EP (170bpm!) around 27th November 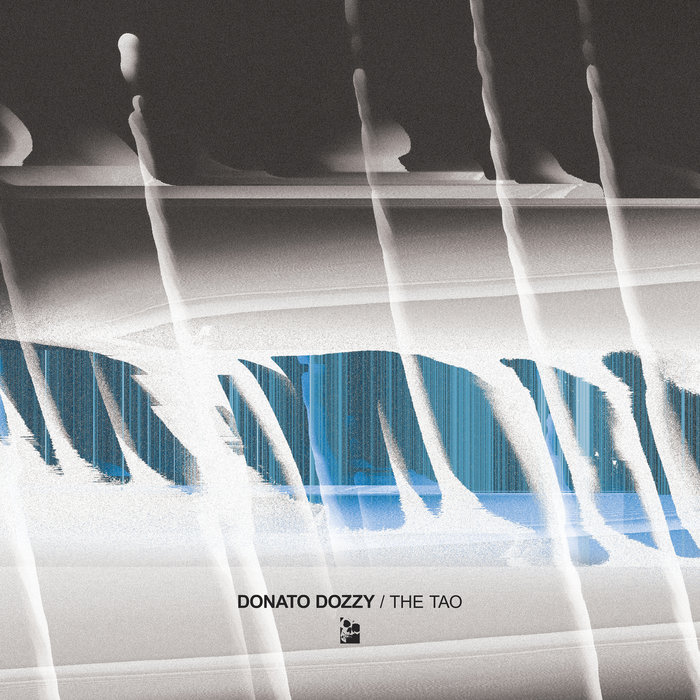 The Tao, by Donato Dozzy 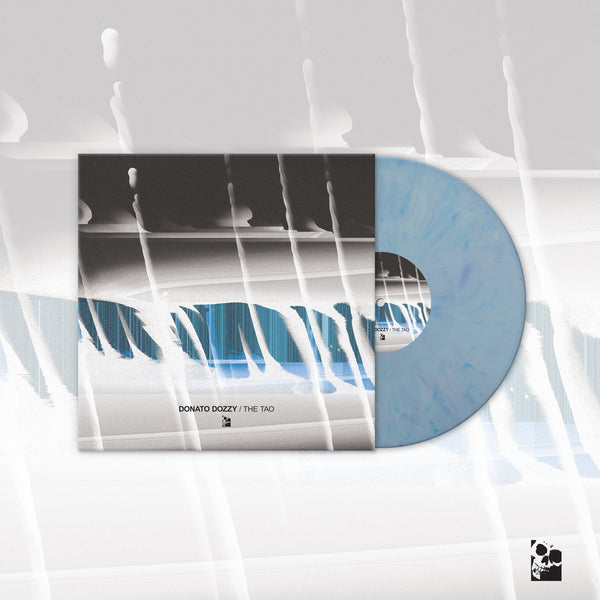 One of our proudest accomplishments of 2019 was releasing the very first 170bpm tune from Donato Dozzy. Predominately known as a Techno artist / DJ, Donato’s musical career is increasingly diverse. From his collaborative work with Neel as Voices From The Lake to his experimental ambient solo...

"One of our proudest accomplishments of 2019 was releasing the very first 170bpm tune from Donato Dozzy. Predominately known as a Techno artist / DJ, Donato’s musical career is increasingly diverse. From his collaborative work with Neel as Voices From The Lake to his experimental ambient solo works, and his recent LP for Raster alongside Eva Geist stretching into synth pop, the maestro effortlessly reshapes any chosen sound with his distinctive touch.

Many were surprised by Donato turning to 170bpm production for his remix of Homemade Weapons ‘Svalsat’ but those who have researched or experienced much of Donato’s history will likely have imagined it in advance. As a 12 year resident at Rome’s Brancaleone - the storied Italian squat / cultural centre / underground club, Donato began introducing DnB into his sets in the mid 2000’s and more recently his sets posted online for Resident Advisor and Terraforma showed the maestro adeptly working DnB into his impressively tempo hopping journeys.

Naturally we hoped there would be more 170 productions coming after the remix and after a short time, the tracks for The Tao began appearing as the hardware hypnotist had refined his approach to the new tempo.

‘Mai’ is a deep reductionist build pinned down by a taut kick pattern that rises in hypnosis until unfolding into a delicious percussive tweak. ‘Dusty Bones’ ramps up the BPM’s and hyper energy, playful at the same time as being a potent weapon sure to delight adventurous DJs across the spectrum. ‘Sanza High’ dives back into the analog meditation with a winding lead, static kicks, perfectly placed snares and percussive touches. ‘Tao’ was the final track made for the EP. Named after Donato’s cat, the playful energy of the tune captures one of Tao’s moods. Easily the happiest tune we have ever released, Tao’s essence is a jubilant vivacity over a suitably bubbly rhythm.

As expected, ‘The Tao’ is an impressive 170 debut EP that we sincerely hope is just the beginning of the Maestro’s work in this tempo."

so hyped for asc, but that donato dozzy release is huge as well. i think presha played all of them tunes in his "in session" mix.

Vibes of Forest Drive West, which is a good thing. Love it

this came out the other day 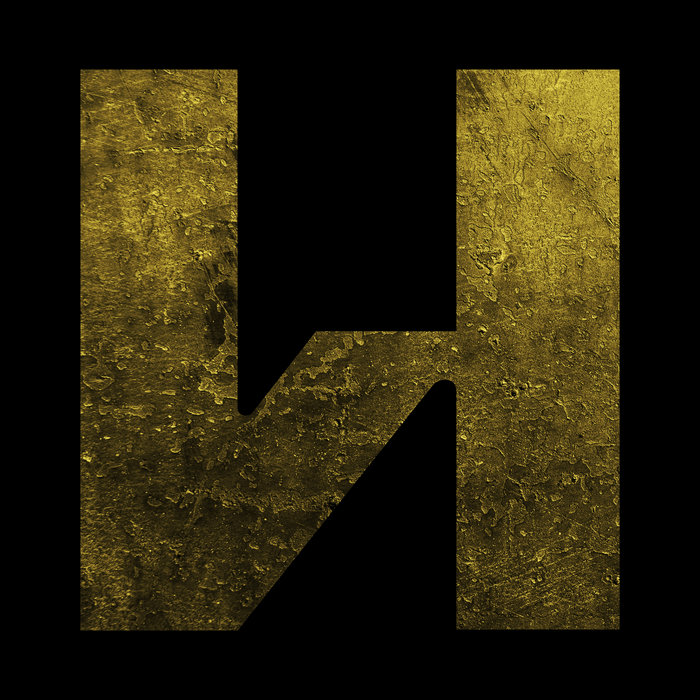