Shogun Audio has come a long way since its first release back in 2004. With an ever-strengthening release schedule from some of the finest artists within the scene Shogun has been steadily gaining in recognition to become one of the most forward-thinking, diverse and exciting drum & bass record labels in the industry.

The later half of 2008 sees Friction & Shogun Audio present a tour of the highest calibre. Touching every corner of the country at some of the best events, and most prestigious venues the UK has to offer. 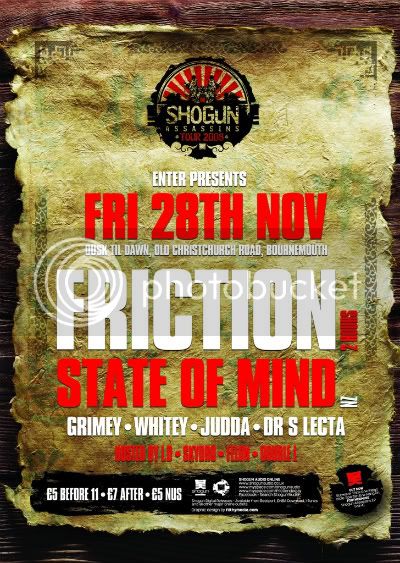