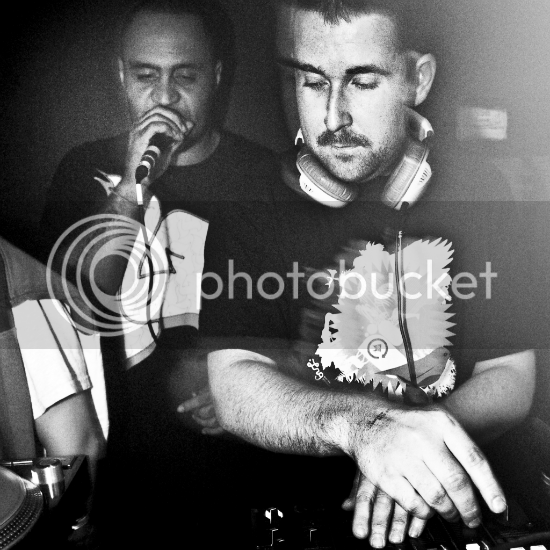 This months podcast is brought to you from manchesters, Dub Phizix & DRS.

Dub Phizix
Manchester based Drum and Bass producer Dub Phizix began his obsession with music over 15 years ago by annoying the neighbours with a guitar, a double tape deck and his Dads collection of 7” records.
10 years later and Dub Phizix is an accomplished producer having made music in a variety of styles. Credits include tracks for Nokia and V inspired and have featured on MTV, BBC and 4Music. During this time he also released music on IDJR and remixed for Panjabi MC and DRS. The latter, being "Slow that Flow" which received support and airplay from Ras Kwame, Mistajam, Chimpo, The Steppahs and MRK-1. Other DJs to play his music include Fabio, Goldie, Doc Scott, Marcus Intalex, D Bridge, A-sides, Bailey, Loxy, Digital, Data, Sabre, L Double, S.P.Y, Spectrasoul, Marky, Ulterior motive,Kasra, Stray, Synkro and many more.

He has collaborated with many artists such as Future Cut, Skeptical, Marcus Intalex, Kasra, Fox, Broke ‘N’ English, Skittles and Virus Syndicate. He also carried out production and mix work for the majority of acts on the Manchester music circuit from his “Dub Tub” studio, which he ran for 2 years from above Sankeys Soap nightclub. This varied from hip-hop to
Indie to Folk.

As a DJ, he mixed the worlds first games mod for Grand Theft Auto alongside MC Code:breaker. As well as appearances at nights including Soul:ution, Hit and Run and Platoon. He was also one third of the Phizical education show on Unity radio with DJ Pale and MC Longman.
2010 was the year when Dub Phizix, Drum and Bass surfaced. With music being signed and released throughout the year. The first of which OK [feat Fox] b/w Heart Soul and Mind came out in the first 1/4 of the year on IDJR. “Between Us” was released n August on the “Without Borders” LP on Translation recordings with “Handmade to follow on a 12”epilogue. September saw the release of “Fallen angel” a collaboration with Skeptical on Ingredients records.

DRS
With a reputation stretching back over 15 years, DRS is a truly versatile MC, host and lyricist. Cutting his teeth and touring worldwide with the legendary Good Looking label, his soulful style on the mic and honest lyrics are unmatched. In recent years, he’s been an integral part of the Soul:r camp, recording tracks with Mist:ical, Lynx & Kemo and Calibre as well appearing as resident MC for Soul:ution and A Bunch of Cuts nights. DRS is also part of hip-hop crew Broke’n’English, alongside fellow MC Strategy and DJ Konny Kon, and a recording artist in his own right. Look out for his debut album in 2010 plus upcoming releases alongside Calibre, Mist:i:cal, Craggz & Parallel Forces and Alley Cat.

DRS started MCing for Marcus Intalex in the early Hardcore raves around Manchester and Liverpool in the early 1990s, before moving south to Bournemouth on the coast in Dorset and began residences at the Opera House, Club Extreme and various South Coast drum and bass venues. In 1996 DRS hooked up with the Good Looking Organisation, joining the promotional tour for LTJ Bukem's Logical Progression Volume 1 compilation. For the next five years, DRS became synonymous with Logical Progression and went on to record Volume 2 in the series alongside Blame. He also ventured into the studio and laid down vocals on tracks with LTJ Bukem ("Constellations") and Nookie ("Pushing the Vibe")
He has since moved onwards and upwards, working closely with fellow Mancunian's Marcus Intalex and ST Files and their Soul:r label. As well as recording tracks with Mist:ical, Lynx & Kemo and Calibre, DRS is host MC for Soul:ution nights worldwide including their bi-monthly residency at London club Fabric. He also toured on the Misti:cal LP tour (providing vocals for the title track, 'The Eleventh Hour') and with Calibre for his "Second Sun" album tour in 2006.

If further evidence of his versatility is required, it can be found in DRS' recent work along house producers Kouros adding a soulful and melodic voice to their track, 'Tears.' In 2009, DRS has been touring once again with visits to Australia and New Zealand alongside Calibre. Their latest single, 'Loves Too Tight to Mention' demonstrates exactly why the two work so well together and DRS has also appeared as a guest on Calibre's most recent LP. As well as hosting Soul:ution residencies in Manchester and London, he's also resident MC at the A Bunch of Cuts night alongside MC Justyce and SP:MC.