DnB Drum & Bass is the 5th most bought genre and the highest climber since 2015!!

What do you think of this guys? 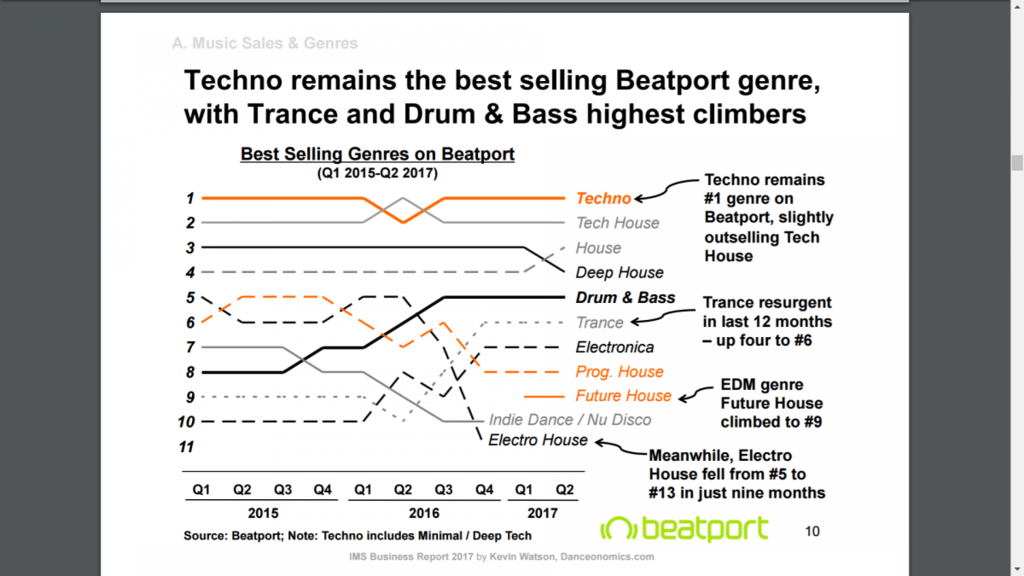 It comes from the biggest study ever made so far on electronic music, led from early 2015 to this mid 2017.

Several options could explain this:
1) Dnb-heads have become HUGE buyers on the web between 2015 and 2017
2) A LOT of artists finally decided to open up to web selling during this period
2') A LOT of upcoming (web-friendly) artists have broke through during this period
3) The dnb community has just got BIGGER??

I don´t give a flying one.

For me I read that as drum and bass being the third best selling. You can't start breaking down genres into sub genres in studies like that.... house, tech house, deep house, future house, electro house

Then again there's a chart for everything

Im so glad they clarified that for everyone.

Yes I agree on this one, but you know: Beatport has only one goal = make money.
So if the crowd wants to separate this specific sub genre from that one so that they buy more of it, Beatport agrees

This could very well happen to dnb is this goes on like this (vocal dnb, liquid, neuro, halftime, crossbreed...)

Aàaaaaaah yeeeah, trance coming back, and noones made a trance tune since 2001

Sometimes I forget trance is still a thing tbh

More people discovering dnb cos of guys like Sigma MAYBE.

Sigma people will most likely listen to something like ed sheeran or miley cyrus then let's say camo & krooked or netsky. It's all an assumption but as much as saying it will draw people to d&b. I think netsky and camo & krooked bring in a lot more with opening up their music but still being in the scene and doing more genre stuff.
Prodigy drew a lot more I believe because the essence was hardcore, like jungle or with pendulum rock / dancefloor d&b that was not too far away from stuff like Subfocus/Fresh and RAM affiliated acts at that time.

The statistic say more about where genre fans buy music then anything else. In the D&B Market more and more artists / labels have been posting about / of it. Even making exclusive content for it between 2015-now. Dunno what else you want to read out of it. I doubt anyone interested in Electronica or Hiphop buys his music on Beatport?

I told you guys Donald Trump will make DNB great again. But nooooooo.... You guys never listen to Americans.

But Trump does care about dnb 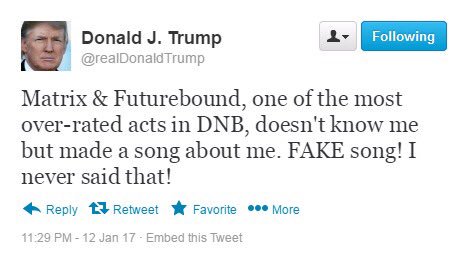