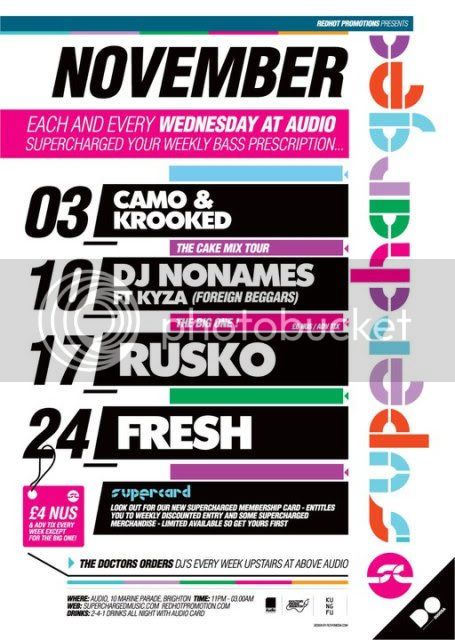 ▀▀▀▀▀▀▀▀▀▀▀▀▀▀▀▀▀▀▀▀▀▀▀▀▀▀▀▀▀▀▀▀▀▀▀▀▀▀▀▀▀▀▀▀▀
...
Dj Fresh, for anyone who knows their drum and bass, needs no introduction. After a few early 90's releases, the artist initially found true recognition as a part of dnb supergroup Bad Company, being a key figure in the production of tunes that changed the face of late 90's drum and bass such as 'The Nine', 'Planet Dust' and 'Nitrous'. Of all members, Fresh then arguably found the most success with his solo productions, such classics as 'Signal' and 'Jungle Sound' earning him the reputation as one of the scene's most influential producers.
In 2003, alongside Adam F, Fresh set up his own label Breakbeat Kaos which, since its inception, has become one of the most successful dnb labels in the world, signing acts such as Pendulum, Brookes Bros, Nero and Baron.
Recent years have seen no slowing of pace for Fresh, with the label still going strong and two highly acclaimed solo albums out over the last two years, his latest, 'Kryptonite' being one of the biggest dnb albums of 2010. As a dj, there are not many dancefloors that he has not smashed and, after difficulties with his Supercharged booking earlier in the year he will be absolutely tearing the roof off this one. Watch out!