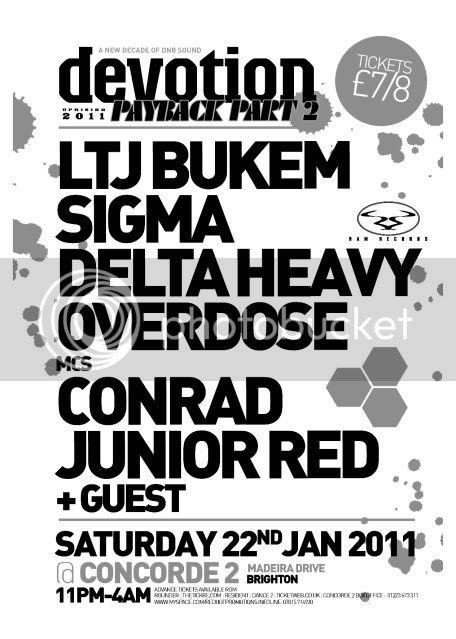 LTJ BUKEM
Arguably the prime innovator in the development of jungle from its early status as an offshoot of hardcore techno into the respected, stylistic genre it became by the end of the 1990s, LTJ Bukem gained fame as an auteur in all fields of the drum'n'bass movement: as a top-flight breakbeat DJ, owner and label head of the Good Looking/Looking Good stable of labels and, of course, for his recordings. Allied with the early-'90s rave and hardcore scene, Bukem began working on production near the end of the 1980s; though his light, airy sound made little sense to his contemporaries, Bukem's style was emulated much more as the jungle scene gained momentum during the mid-'90s. While such producers as Roni Size and Goldie gained the limelight for their solo work, Bukem purposely downplayed his own artistic career in favor of mix albums and label-spanning retrospectives that highlighted dozens of artists from his labels. It has become clear, throughout his career, that Bukem is an artist dedicated to the success of the jungle scene more so than his own career.

SIGMA
Cameron Edwards and Joe Lenzie aka Sigma, have been making their presence felt on the drum and bass scene since 2007. From early releases on labels such as Charge and Viper Recordings, to the seminal All Blue on Zinc’s Bingo imprint (DNBA’s most downloaded tracks ever), the boys stepped up to the big time with serious dancefloor killers Paint It Black and the anthem El Presidente VIP. .. .. With respect now gained with the scene as producers and highly sought after DJs, Sigma continue working to maximise their profile within the realms of D&B and beyond it. Highlights include their featured minimix for Annie Mac on Radio One, squeezing in 35 tracks in five minutes as well as remix work for artists such as Top Cat on Special Dedication, Ms Dynamite, and grime stalwart Skepta on Rescue Me (300,000 plays and counting). Kicking off 2010 with Shut The Lights Off with Adam F and hip hop legend Redman, this is followed by their debut release for Breakbeat Kaos… The Stand Tall EP. Consisting of four tracks, it’s Sigma quality and diversity all the way through. From the dancefloor stylings of Original Sin’s remix of Front To Back and brain thumping anthem The Jungle to the more melodic vibes on Baltimore and the vocodered vox on Stronger, The Stand Tall EP covers all bases.

DELTA HEAVY (RAM)
Delta Heavy was born the moment Ben Hall and Si James decided to pursue their ambition of mediocre fame, semi fortune and making loud music, in the hope of averting forty long years in an office. Despite a complete lack of production experience, three years of hard work paid off when their track Abort was released on Viper Recordings in mid 2010. Having been a regular on dance floors all year, it topped download charts and received support on Radio 1 from Zane Lowe and others. Combining their love of cinematic soundscapes, house, techno and the 80s with the impact and punch of an unexpected blow to the face, Ram Records was an obvious outlet for their sound and they were signed over the summer. Starting Andy C’s sets for the majority of the year, debut single Space Time has made headway as one of 2010's biggest tracks.