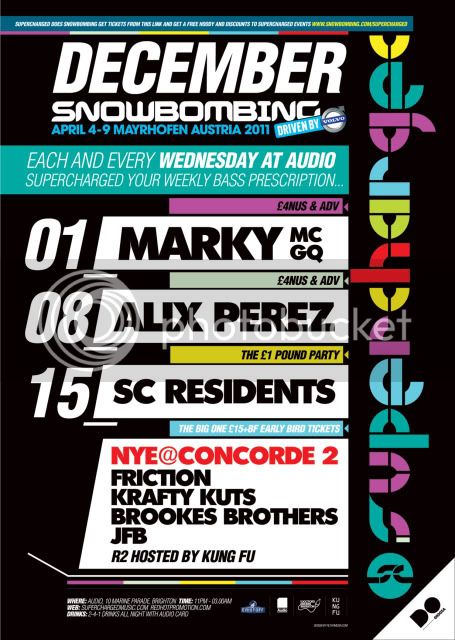 DJ Marky began making a name for himself in the early 90’s pioneering the sounds of UK Drum & Bass/Jungle, leading to his emergence as one of Brazil's leading dj's in this scene. Building up a huge residency at the legendary 'Toca' club and work on various radio show's, he mastered the craft of mixing dnb. In 98 he was discovered by Bryan Gee and, without hesitation, brought back to play 'Movement' at Bar Rhumba where he smashed the place to bits. The years since have seen Marky become one of the most respected dj's back home and over here, leading to him gaining an array of prizes including best international dj at Knowledge's 2001 awards. Marky's production work alongside XRS led to the undoubted classic 'LK' and many other hits and their record label is now one of the best respected across the board in dnb.

DJ Marky is undoubtedly one of the most exciting DJs to emerge in the drum & bass world in the last few years. With his phenomenal technical skills and Brazilian flair, his enthusiasm and dedication and the effort he puts into his sets he has impressed clubbers and music industry alike. As V recordings label boss Bryan Gee said of his discovery: DJ Marky is one of the biggest talents I’ve seen for years!