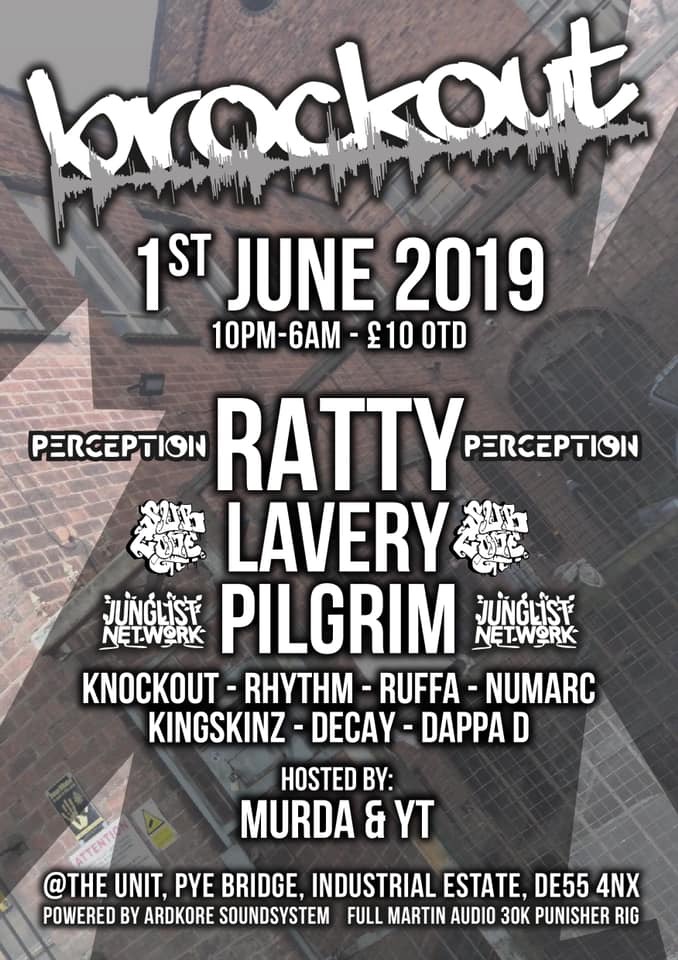 Join a movement, a cultural revolution, the designer alternative to whatever else is on offer.

Introducing one of the greatest hardcore/jungle pioneers of all time, the original scratchmaster of the oldskool.

World wide legend, producer/dj ‘Ratty’ is well known for some of the scene’s most inspirational tunes ever made on vinyl, with multiple releases with the legend Dj Tango (R.I.P)

Ratty’s name was fully established after frequently headlining for the likes of Fantazia and perception from 1992 and beyond, his mix tapes from the early era are regarded as classics.

With Ratty’s truly spectacular DJ skills and unique sound he’s provided some life changing sets along his journey so expect something BIG!

It’s rare you will see him on a line up these days and we feel privileged this massive legend is coming to The Unit to give us an exclusive show. Prepare for an intimate lesson in true hardcore junglism!

Award winning Lavery aka Puffin Billy! Cutting and mixing his way through the global circuit this ragga muffin, vinyl pushing, oldskool Lovin’ hardcore junglist is behind some of the biggest jungle tunes of recent times. We’ve had our eyes n’ ears on this guy for a while now and feel it’s time to bring the hottest jungle producer right now to The Unit.

Frequently releaseing successful tracks on his own label ’Sub Code Records’ and having signed tracks to multiple other labels Lavery has become an unstoppable force. Tearing up some of the biggest jungle parties in the Uk and sitting between the masters of the craft.

Lavery brings the hardcore jungle sounds so authentic, it sounds straight out of the 90’s!

you’d have to try hard not to have seen his name many times the oldskool rave flyers from the likes of HelterSkelter, Dreamscape and a million other legendary raves in the 90’s.

Recognised as a scratch dj often using 2 copies of the same record to do loads of trickery like using his nose, knees or elbows to work the cross fader and generally scratching records up beyond recognition.

This veteran DJ from Wolverhampton has been making a big name for himself in the rave scene since day one and becoming a household name for massive events up and down the UK.

Brace yourself for another hard dose of jungle juice all over your face!

‘The Unit’ creates the ultimate party playground with a unique 90s illegal wharehouse rave feel and pure oldskool vibes. Quoted by many as the best underground venue in the UK!

THIS IS AN INTIMATE VENUE AND HAS A LIMITED CAPACITY SO ONCE VENUE IS FULL IT WILL BE A CASE OF ONE IN AND ONE OUT!!

AWAY FROM CIVILISATION LOCATION

Find out more about Brockout and The Unit's illustrious history in this Sonic Nutrition interview with promoter Junglesoundz.
You must log in or register to reply here.
Share:
Reddit Pinterest Tumblr WhatsApp Email Link
Top