Matt Damon, an American actor and philanthropist, was found dead in California's Palo Verde mountain area on Wednesday. He was 38.

According to TMZ's web site, Damon, who was officially reported missing Friday, was on a camping trip. His body was found by an Imperial County Sheriff's Department deputy on Wednesday.

The cause of death is unknown.


According to TMZ.com on Wednesday, law enforcement headed into the desert near San Diego on Tuesday. That day, TMZ.com reported, "Damon sent a text message to a friend that he was out of water and needed help. There was a massive search that ended abruptly."

On his personal blog, Damon wrote last month he was going to the desert because of his friends talking about "treasure hunting and lost gold, and my own insatiable appetite for adventure and exploration . . . I plan on going so deep into the desert, that any failure of my equipment could cost me my life."

Later on, however, he downplayed such fears, writing, "It seems some websites have reported on the story, posting up that I might die out in the desert, or that it might be my greatest opponent yet, etc. Come on guys. It's really common down in southern California to go out to the off-road recreation areas in the desert about an hour away from L.A. and San Diego. So my plan is to go out to the desert, do some camping, ride the motorcycle, and shoot some guns. Sounds like a lot of fun to me. A lot of people do it. This isn't a version of Into the Wild. I'm not going out into the desert with a pair of shorts and a bowie knife to try to live off the land. I'm going fully geared up, and I'm planning on having some fun."

Damon won the Academy Award for Best Original Screenplay for his screenwriting in Good Will Hunting, and was nominated for his lead performance in the same film. Growing steadily in popularity from the 1997 film, he was since matched up with A-list actors in mainstream films, and today is rated among the top actors in Hollywood.

Damons agent, John Hayner, said his client led a simple life and always had an appreciation for the outdoors.

"He was always planning on going on some sort of adventure," Hayner told TMZ.com. "And his my mom got scared and said 'You're moving with your auntie and your uncle in Bel-Air.' I whistled for a cab and when it came near the license plate said "Fresh" and there were dice in the mirror. If anything I could say that this cab was rare but I thought, naw, forget it, yo holmes to Bel-Air. I pulled up to the house about seven or eight and said to the cabbie "Yo holmes smell ya later." Looked at my kingdom, I was finally there, to sit on my throne as the prince of Bel-Air."
Last edited: Oct 23, 2008

Dammit i got bell aired.

SoulShaker said:
Dammit i got bell aired.
Click to expand... 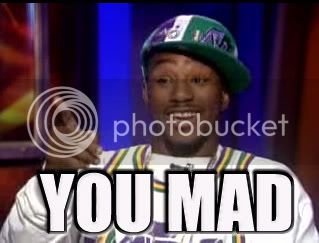 He was a good actor man.
His best performance was definatly in Team America.
S

He was a good actor man.
His best performance was definatly in Team America.
Click to expand...

Joined Will Smith as fresh prince of Bel-Air LOL
G

I don't get it

gcurt1s said:
I don't get it
Click to expand...

crap joke
about as funny as losing a finger
J

but is he dead?

spiderfran286 said:
crap joke
about as funny as losing a finger
Click to expand...