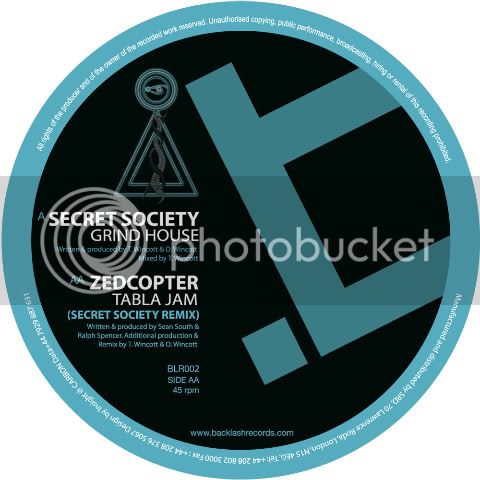 Backlash 002 presents us with a glimpse of the mindset of upcoming production duo Secret Society:

Side A (Grind House) is a mysterious roller starting out with swirling percussion and minimal keys and giving way to growling sub bass and a gently menacing atmosphere. Spooked out snare rushes contribute to an already ghastly vibe before dropping into unique amen/sub-bass edits. This tune will undoubtedly leave your mind in a suspicious state.

Side AA is an entirely new take on the sounds of South Asia, with a hypnotic future-dub presence taking control on a remix of ZedCopter’s “Tabla Jam”. An initial spaced-out sitar invites a darkly intriguing arpeggio. This soon leads way to deep subs and subdued spoken word, accented by the sting of frigid stabs and Bhangra beats. This is an enigmatic approach to South Asian electronica, and we can’t wait to hear more from this duo.

Secret Society (Tohm Tronic & Resonate) are two producers/djs/mcs and brothers that have been in and around the music scene for over 15 years.

Tohm Tronic (AKA The Weaver) has had over twenty record releases over the years, the majority of these with producer Modular under the name Stomp & Weaver. Some stand out tracks were The Underground/Devils Sister on Flex, Satellites & Freaks on Hardleaders along with numerous releases on their own label – LABLOGIC. During this time TT was DJing across the country with a residency at the famous Pleasuredome and had support from some of the big players in the game, with plenty of air-play including regular "One in the Jungle" and "John Peel" spins.

During this time Resonate was coming through the ranks learning his trade and Emceeing for a lot of S & W's shows. He also worked on a couple of collaborations and released an EP on Hyper Records.

During the 2000's TT lost the hunger and desire to produce D & B due to the number of formulated and commercial tracks out there. Most gigs were lacking that dark vibe that had motivated him for so long, so he spread his wings and worked on other music projects. These spanned most forms of electronic music and eventually a fully realized Hip Hop project under the name Swampfoot. TT co-wrote and produced an EP and a sixteen track album which Resonate also rapped and worked on. Overall this project was a big success as they gigged with the likes of Blade, Skinnyman and Task Force.

Deep down though the dark beats of yesteryear we're calling and Resonate sensed this, nagging TT to start back on the D & B vibe. Thus Secret Society was born, along with their own record label Digi-Lab. 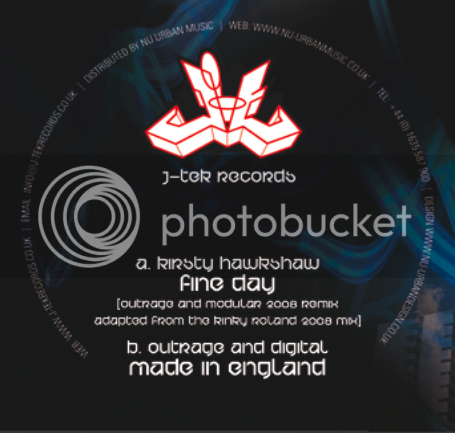 With a label like J-Tek it only makes sense for nostalgic anthems like “Fine Day”, a smash hit in 1992 by Opus III, to get a 2008 revamp. The strange thing about considering this a 2008 revamp is the fact that this could have easily been tagged “1993 hardcore mix” and one wouldn’t be surprised by the output. Classic melodies, hypnotic drums and warm vibes provide the perfect sonic bed for Kirsty’s subtly-soaring vocals. With an appropriate title like “Fine Day” it’s more than just that! Having the added bonus of Outrage and Modular’s bass driven beats mixed in, this “fine day” quickly becomes superlative. To contrast side A, Outrage and Digital bring the darkness with “Made In England”. Relating it to a day of madness set to bouncing drums and dark side nastiness this tune doesn’t disappoint one bit and the works of Outrage and Digital are exemplary. With all of the quirky, aggressive, mutilated sounds that arise from today’s Drum & Bass scene, it’s good to know that capable producers are revisiting that bloodclat Jungle Tekno!! 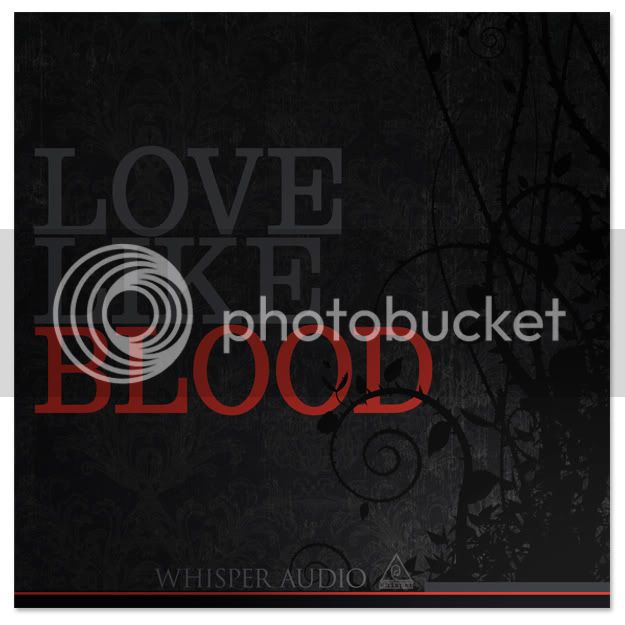 Whisper Audio was founded in 2006 after drum and bass producers Outrage and Aperture were graced with the vocal presence of siren enchantress Kirsty Hawkshaw. The collaboration was the genesis of a unique hybrid of cutting edge beats and bass, developed orchestration, and ethereal vocal arrangement...a new sound was born. Building upon shared knowledge and individual perspective of the music industry, the three decided to join forces. Their sole pursuit is the development and recognition of experimental music with emphasis on vocal integration. Whisper Audio is their medium...

Side A graces us with a brilliant twist, providing a haunting rendition of Killing Joke's post-punk classic "Love Like Blood". Spooked-out drums and keys lead to dirty stepper beats, which bounce off deep subs to accentuate an already dark presence presented by the vocals. The song culminates in a fury of ghastly stabs, dirty beats, and raw bass to give the listener a feeling none other than spine-tingling.

On the flip, "Sunbathing" boasts a musical flair, and provides a bit of inspiration to the single. Running breaks compliment wistful lyrics, shining through a hopeful (albeit melancholic) accompaniment. This tune truly exemplifies the potential of vocal music within the realm of drum and bass, and holds the potential to become a beacon for the emotional side of our genre.