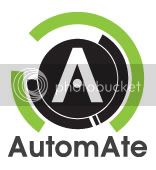 10% Off orders of vinyl, mp3s, equipment & accessories with our promo code. Tune in to find it out!

Esion (resident for AutomAte, Malfunction & Subtek) has been on the scene, under various aliases, for around ten years now. His DJ career has touched a long list of UK venues and has spanned a variety of genres including d&b, dubstep, breakbeat, electro, hip-hop, hard dance, hardcore, freeform and techno. He plays dark & jump-up d&b and dubstep but expect surprises. Diversity is his middle name and he knows what an audience wants better than they know themselves. His darker drum & bass productions with producer Defazed are released through SubTek records but expect solo d&b and dubstep releases on other labels.

Didn't work? Ok, go to http://www.intenserecords.co.uk. See the list on the left-hand side of the screen? Cool. Select Intense Radio (3rd from bottom), then click the headphones on next page to tune in.