we've already got one/

alien planets and shit, they found where to move to when the world fizzles out?

rob_del_terror said:
we've already got one/
Click to expand... 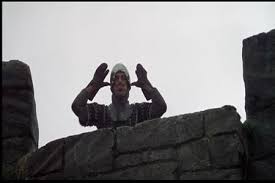 im trying to watch this shit now on nasa tv but its not working, anyone else have that problem?

Put your tin-foil hat on, and adjust to the correct signal frequency

Basicaly, all life, as we knew it, is made of carbon, hydrogen, nitrous, oxygen, sulpher, and phosphorus.
What they did was take life (micro-organisms) which thrive in an arsenic rich lake, but still uses phosphorus as its back-bone in its DNA, and totaly remove the phosphorus. now that SHOULD have killed the micro-organism, but instead the micro-organism replaces the phosphorus with the arsenic and its DNA structure, and still thrived. which means we now have an arsenic based life-form.
Now when they look at other planets for life, instead of only searching places rich in the top named elements, they will also have to check in arsenic rich areas, with the other top 5 elements, and not just sulpher!

it wasn't an extra-terestrial life form as such, but its basicaly re-written what we know about biology from the ground up and broadens the horizons for how we look for life on other planets
H

i suspected it would be this. twas on the bbc website the other day.

NASA will announce the discovery of "a completely new life form that doesn't share the biological building blocks of anything currently living in planet Earth."

"This changes everything," he wrote. Diaz went on to say NASA will announce it has found a bacteria living in California's Mono Lake that uses arsenic as a key building block, rather than phosporous.

"The implications of this discovery are enormous to our understanding of life itself and the possibility of finding beings in other planets that don't have to be like planet Earth," he wrote.
Click to expand...